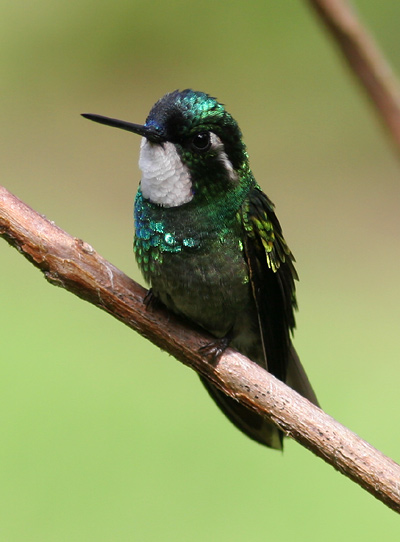 This male Gray-tailed Mountain-gem above was guarding the nectar-filled hummingbird flowers outside of our hotel room, and he would fiercely attack any hummingbird or Slaty Flowerpiercer (Diglossa plumbea) that dared sneak in for an illicit taste of flower nectar. 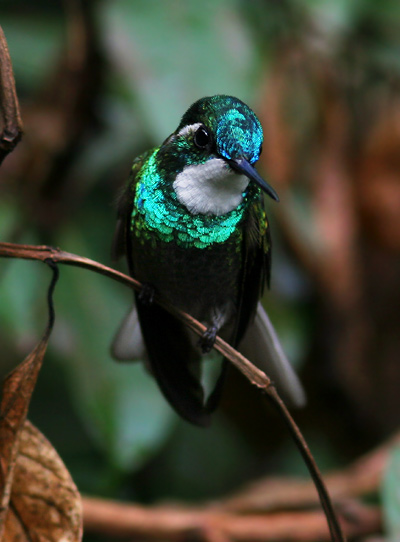 Male Gray-tailed Mountain-gems are iridescent bronzy emerald green above and dull gray below with a gray tail, a glittering blue-green crown, and a bright white throat bordered by iridescent blue-green on the chest. Both sexes have a straight, black bill, a white stripe behind the eye, and blackish wings. 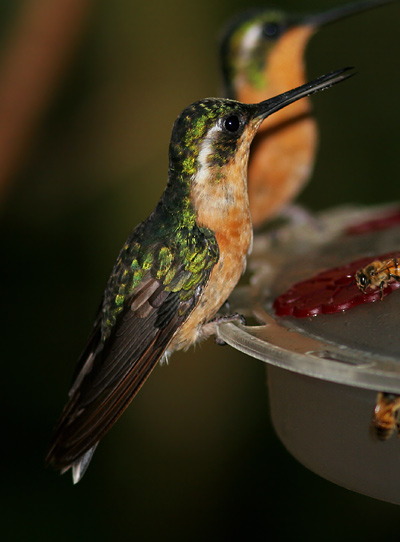 Female Gray-tailed Mountain-gems look quite different from the males and are iridescent bronzy emerald green above and bright rufous below with a white-tipped, green tail.