Late in the summer and early in the fall, especially in years like this one with fewer than normal blooming agaves, nectivorous bats will visit and completely drain hummingbird feeders at night here in Tucson, Arizona. Some time in early October, these bats will migrate south for the winter. 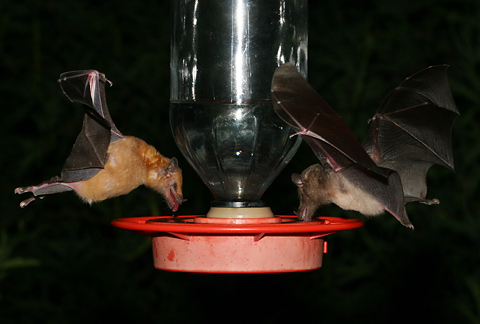 Two species of bats visit my hummingbird feeders here in Tucson, endangered Lesser Long-nosed Bats (Leptonycteris curasoae yerbabuenae) and threatened Mexican Long-tongued Bats (Choeronycteris mexicana). Both of these species look generally similar, and I sometimes have trouble telling them apart, especially with young bats, but they can often be distinguished when seen in profile.

Mexican Long-tongued Bats have longer, narrower snouts and range in color from brown to grayish brown. 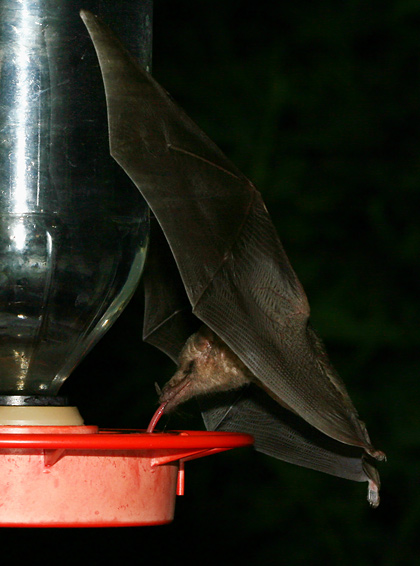 Lesser Long-nosed Bats have shorter, broader snouts and range in color from a striking yellowish brown to cinnamon gray-brown. 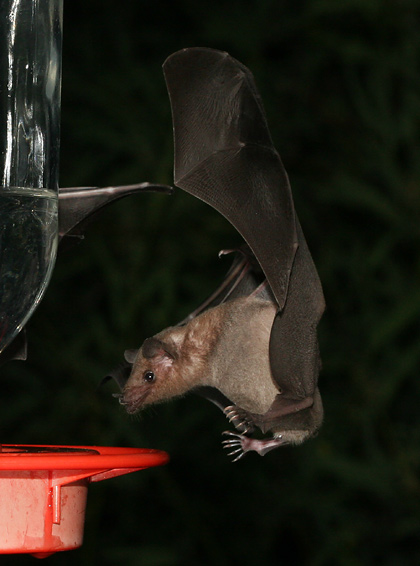 Overall, the numerous bats at my hummingbird feeders seem to share them quite well, but I suppose that a few minor squabbles are inevitable. 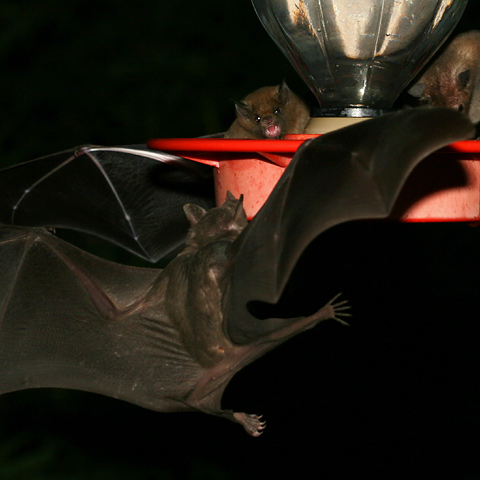 Since these bats can't hover motionless like hummingbirds, they instead fly up to the feeders for a quick sip of sugar water with their long tongues and then fly off and circle around the feeder waiting for a chance to get another sip. The bats each seem to have their own preferred feeding method, some of which are more effective than others.

This female Mexican Long-tongued Bat below hovers briefly to sip nectar, while another bat, possibly a juvenile, prefers the lazy yet effective method of lying down on the feeder and sipping nectar at its leisure. 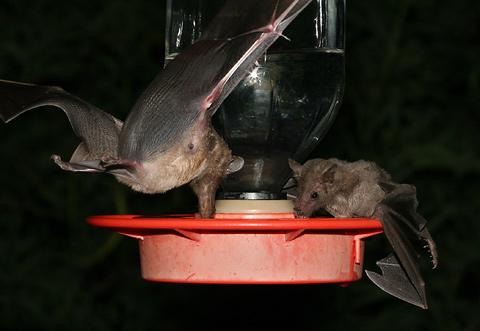 I observed a number of bats feeding while briefly lying down, which works but must leave them a bit sticky. 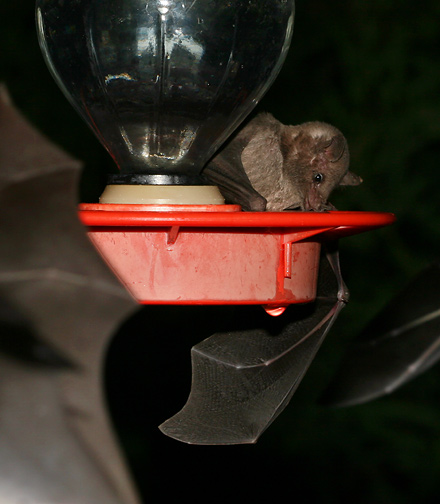 Another method is the semi-hover and semi-perch method favored by many of the bats. Compared to the feet of birds, the feet of bats are backwards and not designed to allow them to perch upright. 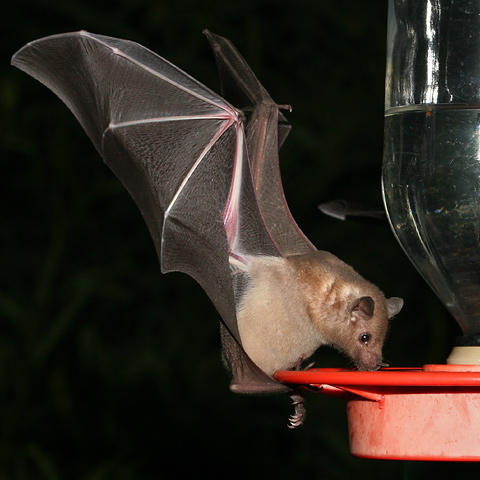 Some of these bats do manage to perch upright for brief moments despite having rear legs designed for hanging upside down in mines and caves all day. 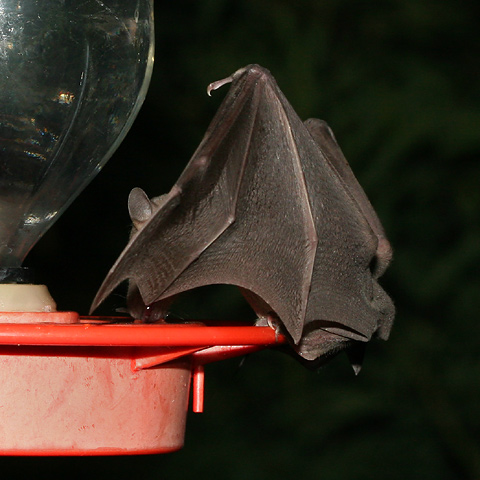 Using hummingbird feeders is a bit of a learning experience, and not every bat knows exactly where the best nectar is. Some bats will correctly dip their tongues in the nectar holes, while others will somewhat cluelessly settle for licking up drops of splashed nectar on the plastic nectar tray. 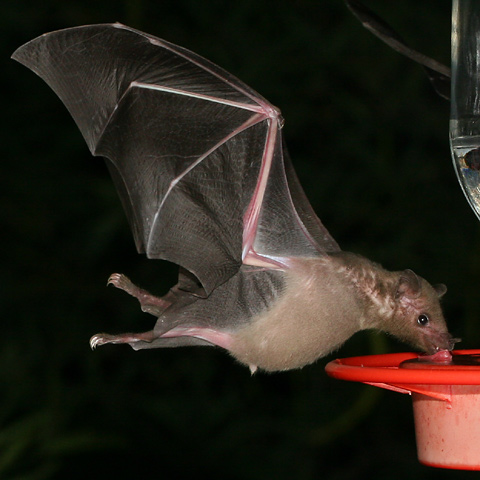 This Lesser Long-nosed Bat below looks especially clueless as it sits hovering on the sticky nectar tray and licks fruitlessly at the nectar bottle. 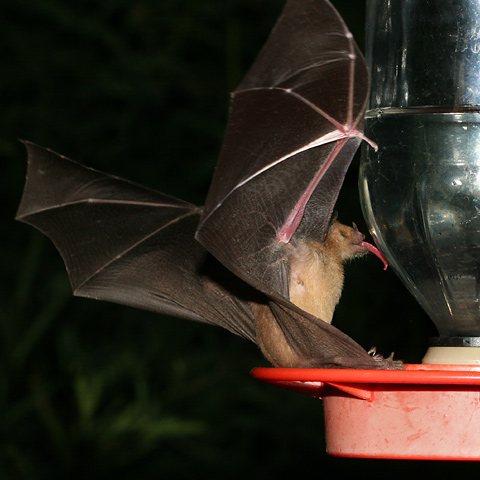 Hopefully it eventually managed to figure it out by watching the other wiser members of its bat colony.

Update: To see these bats in action, check out my movie of bats at a hummingbird feeder.