Here in Arizona, Tawny Emperor (Asterocampa clyton) butterflies are mainly found in the southeastern part of the state in riparian woodlands with Netleaf Hackberry (Celtis laevigata var. reticulata) trees and Spiny Hackberry (Celtis ehrenbergiana) bushes, two of their larval food plants. In August of 2007, I observed this female Tawny Emperor resting in the shade along a stream in Agua Caliente Canyon in the foothills of Arizona's Santa Rita Mountains. 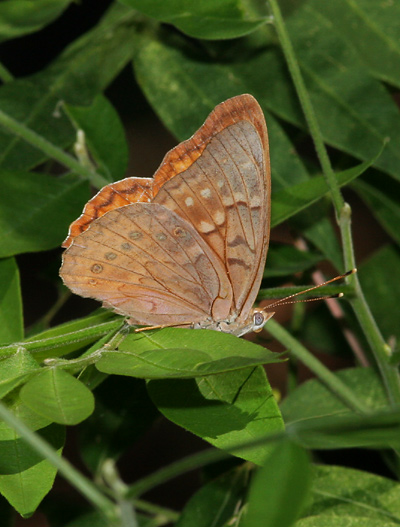 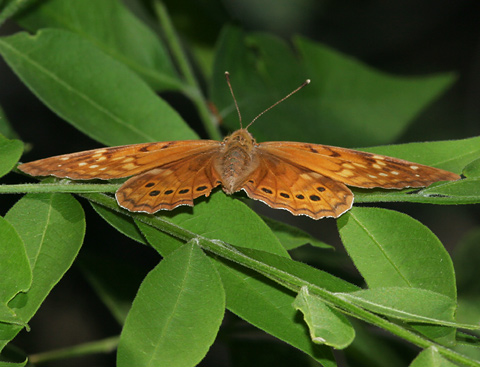 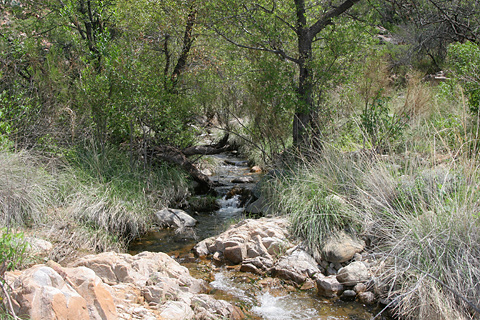 I have seen Tawny Emperors, Hackberry Emperors, and Empress Leilias in Agua Caliente Canyon in the Santa Rita Mountains, and this interesting, riparian canyon appears to be prime habitat for these Hackberry-loving butterflies.