Here in Arizona, Hackberry Emperor (Asterocampa celtis) butterflies are found in wooded areas in and near the mountains, especially those areas with Hackberries (Celtis spp.), the food plants for their caterpillars. I spotted this Hackberry Emperor butterfly below in Agua Caliente Canyon, a brushy, riparian canyon in the rugged foothills of Arizona's Santa Rita Mountains. 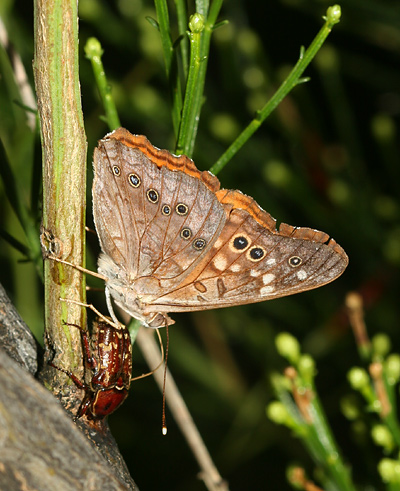 Adult Hackberry Emperor butterflies feed on sap, rotting fruit, carrion, or wet dung, so live beetles are really not on their menu. When I looked a little bit closer, it appeared that the beetle was feeding on plant sap, and the Hackberry Emperor soon discovered the beetle's sap source and began feeding there too. 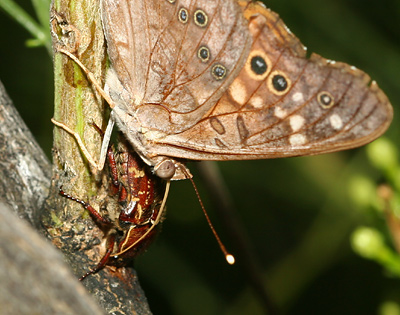