In February, the cultivated Agave (Agave sp.) in my front courtyard here in Tucson bloomed, and the yellow-green Agave flowers were covered with numerous bees and other insects. 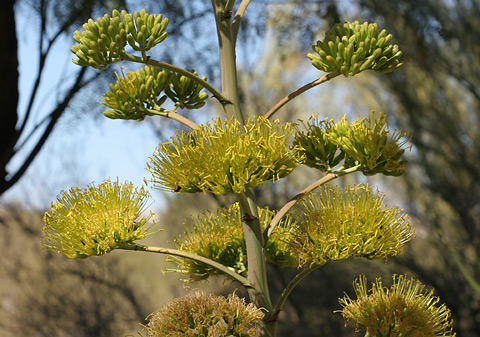 When I was photographing one of the flower clusters, I noticed a dark, squirming mass of insects hanging from one of the flowers. A Honeybee or Honey Bee (Apis mellifera) had been captured and killed by an Assassin Bug (Family Reduviidae), which had pierced the Honeybee with its tubular rostrum (beak) and was sucking out its liquified insides. 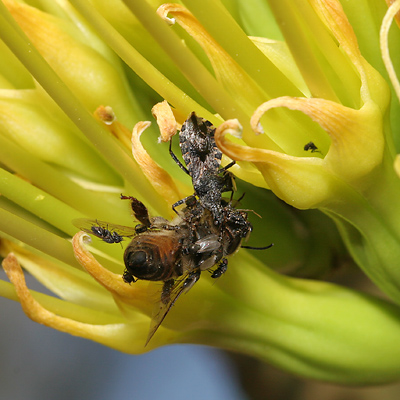 Strangely, the dead Honeybee was covered in a swarm of tiny flies. Most of them flew off when I approached, but a dozen or so of these unidentified flies remained and seemed quite busy with whatever they were doing. 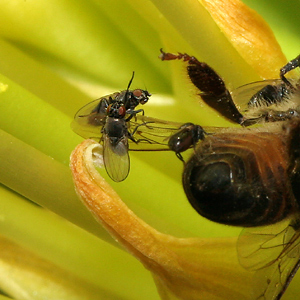 I couldn't tell exactly what the tiny flies were up to. Were they feeding or laying eggs? Whatever it was, I have never seen anything like this before. The Assassin Bug seemed quite unperturbed by their presence, and it just hung there contentedly sucking away at the dead Honeybee.