Assassin Bugs (Family Reduviidae) are commonly found lurking on flowers, where they will stalk and ambush other insects. 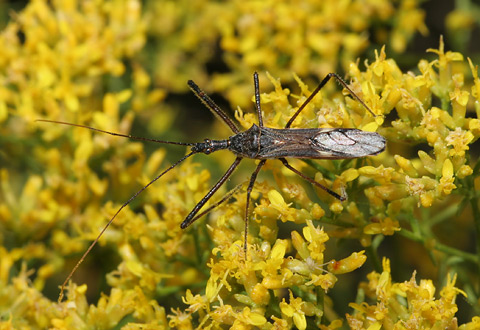 Assassin Bugs are considered beneficial because they prey on other insects, including many plant pests, but Assassin Bugs are not harmless and will bite if handled by unwary humans. Assassin Bug bites can be very painful and can cause severe reactions in persons allergic to them. Such allergic reactions are very rare and usually develop after repeated bites, usually not of the human-avoiding Assassin Bugs, but of the closely related blood-sucking Kissing Bugs (Triatoma species).

An Assassin Bug will grab an insect with its front legs and then use its long, sturdy, tubular rostrum (beak) to stab the captured insect and inject it with toxic fluid. 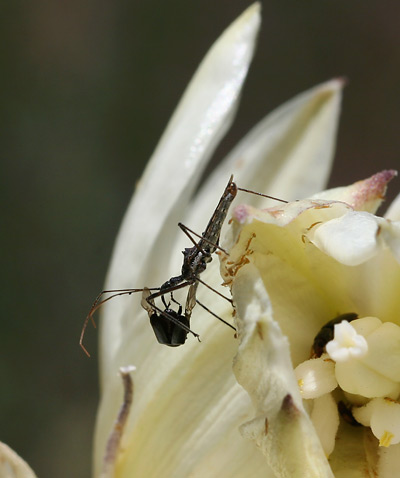 This toxic fluid not only quickly kills the captured insect, it also digests and liquifies its insides. This toxic fluid is what causes Assassin Bug bites to be so painful to humans. 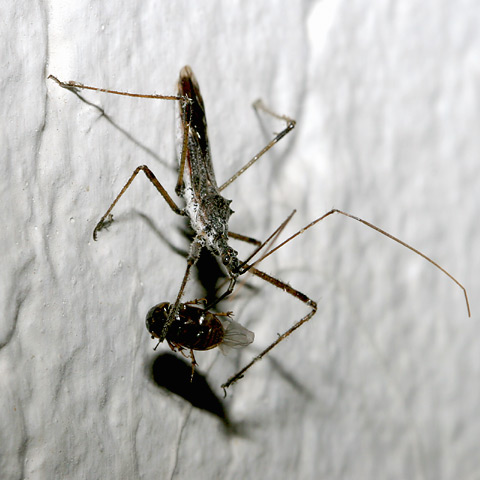 The Assassin Bug will then use its hollow rostrum like a straw to suck out the dead insect's pre-digested insides.

When not attacking or feeding, an Assassin Bug will keep its rostrum tucked away under its head. Assassin Bugs can generally be recognized their long, narrow heads and stout, 3-segmented rostrums.