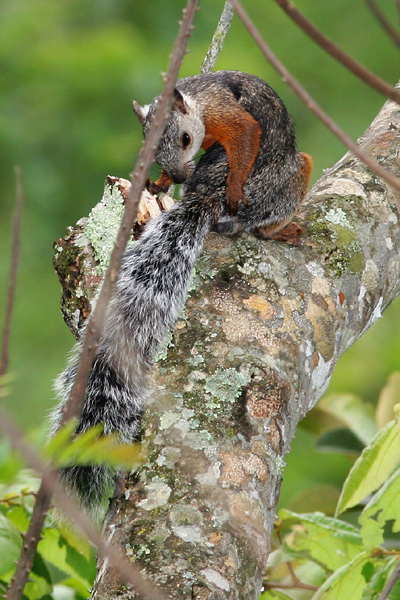 Despite their widely varying colors, Variegated Squirrels can generally be identified by their long, bushy but flattened, white-frosted black tail, dark back, and light patch behind the ears. In Costa Rica, the Red-tailed Squirrel (Sciurus granatensis) is similar with its dark back and rufous undersides, but it has a rufous tail unlike the Variegated Squirrel. 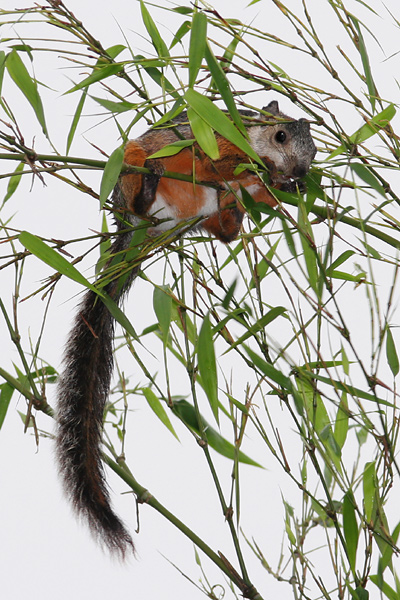 Variegated Squirrels feed mainly on fruit and nuts, which are plentiful in tropical forests, but they will also feed on vegetation as well. The Variegated Squirrel above was atop a towering stand of bamboo nibbling on the tender young leaf buds and twig tips. Amazingly, this agile, arboreal squirrel was not at all bothered by the slenderness of the stems at this height, and it fearlessly leapt from slender stem to stem as it searched for the tastiest twigs and buds.