Red-tailed Squirrels (Sciurus granatensis) are arboreal squirrels found from Costa Rica to northern South America in moist, primary and secondary forests at elevations up to 8200 feet (2500 m). Red-tailed Squirrels are common in the cloud forests of Costa Rica, and we observed several of them in and around the town of San Gerardo de Dota, Costa Rica. Apple orchards surround this mountain town, and the local birds and squirrels were happily feasting on the abundant apples. 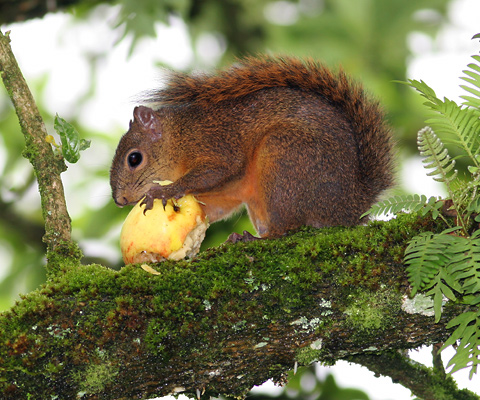 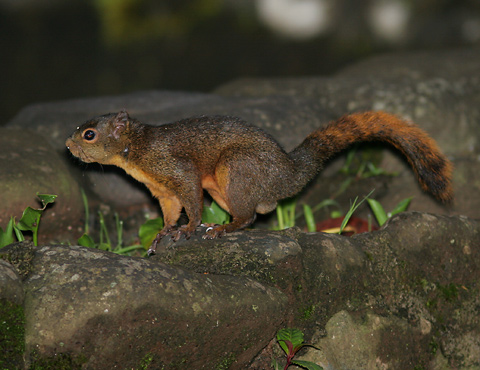 Although these ones were eating apples, Red-tailed Squirrels also eat other types of fruit, large, hard nuts and seeds, flowers, leaves, twigs, insects, and tree frog eggs. Female Red-tailed Squirrels are territorial, while the roving males like the one above are not. Despite this, I observed both sexes enjoying the bounty of the mountain apple orchards.