In Costa Rica, Flame-colored Tanagers (Piranga bidentata) are fairly common in the mountains of the Pacific slope from about 4000 feet (1219 m) to near the tree line. They are uncommon on the Caribbean slope of Costa Rica and are usually found only at the higher elevations. Flame-colored Tanagers range from northwestern Mexico to western Panama in Central America, and they are even accidental visitors to the United States in southeastern Arizona.

In May of 2007, I observed this male Flame-colored Tanager and a number of others in San Gerardo de Dota, Costa Rica in the Cordillera de Talamanca or Talamanca Mountains. 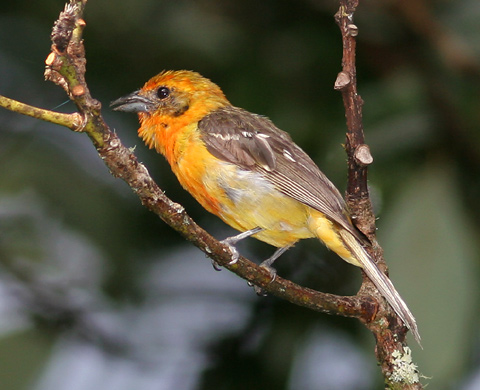 Male Flame-colored Tanagers are orange with a brownish cheek patch and have a dark bill with a black upper mandible and a gray lower mandible, dark eyes, a black-streaked olive-green back, dark gray-brown wings with two white wingbars, and a dark gray-brown tail. The males I observed in Costa Rica ranged in color from light orange to brilliant red-orange. 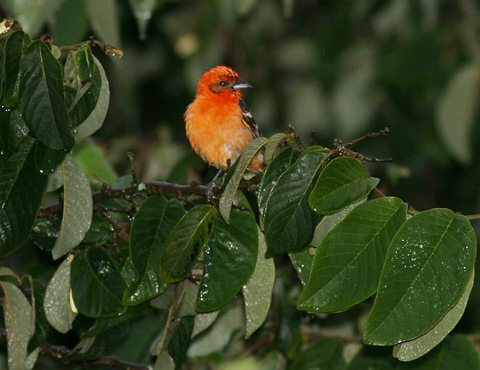 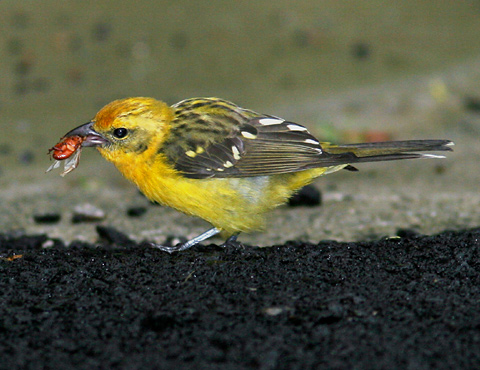 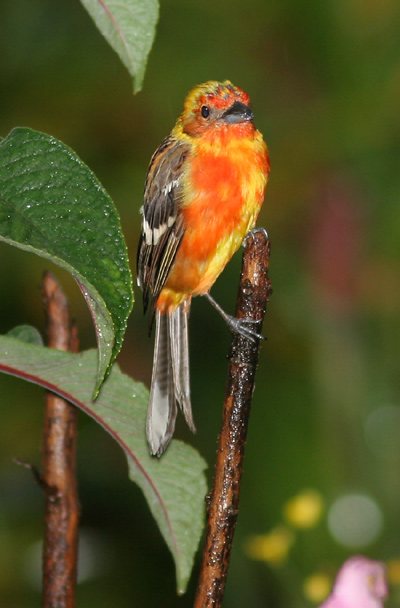 San Gerardo de Dota, Costa Rica is in the oak cloud forest, and the weather there is often foggy and rainy, but the brilliant, fiery colors of the Flame-colored Tanagers made them very easy to spot despite the dismal gloom of the wet cloud forest weather.