Flame-colored Tanagers (Piranga bidentata) are usually found in the treetops in mountain forests from Mexico throughout Central America to Panama, but these colorful, tropical tanagers are also accidental summer visitors to riparian mountain canyons here in southeastern Arizona. Arizona is well beyond their northern range, so there have only been a few Flame-colored Tanagers sighted here.

In recent years, a male Flame-colored Tanager has been a regular visitor to the feeders at the Madera Kubo B & B in Madera Canyon, Arizona, and this is where I (and many other eager bird-watchers) observed him in May of 2007. 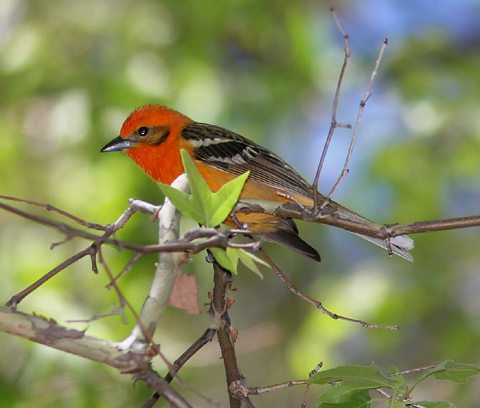 I didn't see a female Flame-colored Tanager, and if this male can't find one, he will most likely mate with a closely related female Western Tanager (Piranga ludoviciana). Hybrid P. bidentata × P. ludoviciana males are similar to male Flame-colored Tanagers but have a yellower breast and rump and more black on the back and wings. The hybrid females are apparently very difficult to identify. 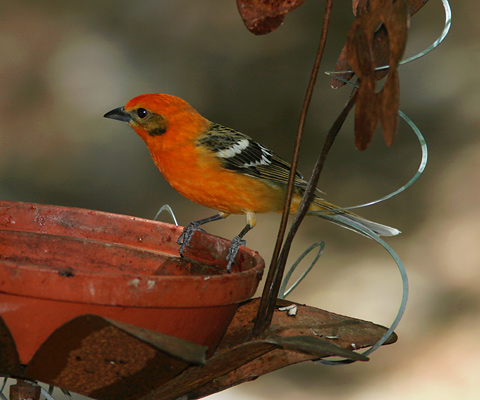 His next appearance was at one of the many sliced oranges that they had put out for fruit-loving birds. 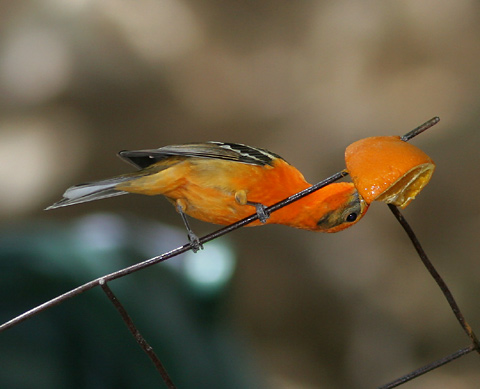 He deftly poked at the sliced orange from one side and then the other to get the sweet juice. 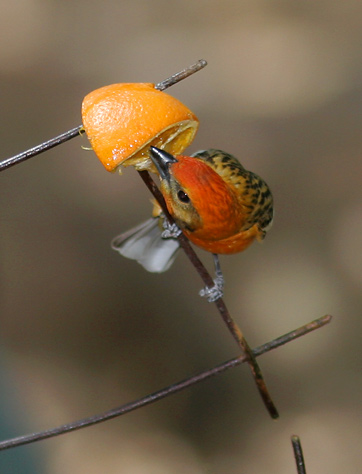 After feeding, the Flame-colored Tanager flew off again to the treetops, where I heard him singing his rich, melodic, warbled song. Despite their bright colors and frequent singing, tanagers like this one are surprisingly difficult to see when they are in the treetops.