Anna's Hummingbirds (Calypte anna) are abundant winter residents and transients (mid-September to mid-March) here in southeastern Arizona, especially in urban and suburban areas with plenty of hummingbird feeders and flowering garden plants. Some of them are year-round residents here, but they are uncommon in the summer, and the best places to see them then are in our local cities. 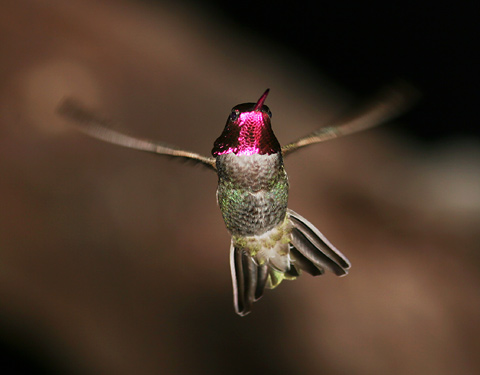 Male Anna's Hummingbirds have an iridescent rosy red forehead and gorget (throat). The rosy red gorget feathers flare outward to the sides of the neck. The metallic, iridescent color of these feathers is dependent on the light and the angle of view, and these feathers can appear a dull blackish color in less than optimal conditions. 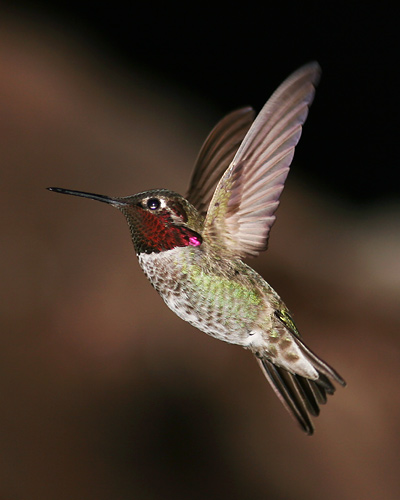 Both male and female Anna's Hummingbirds have black bills and are bright iridescent green above and grayish flecked with green and darker gray below. The females may have a few flecks or a tiny patch of rosy red iridescence on their throat, but it never extends to the forehead and is not showy or very extensive as on the males. 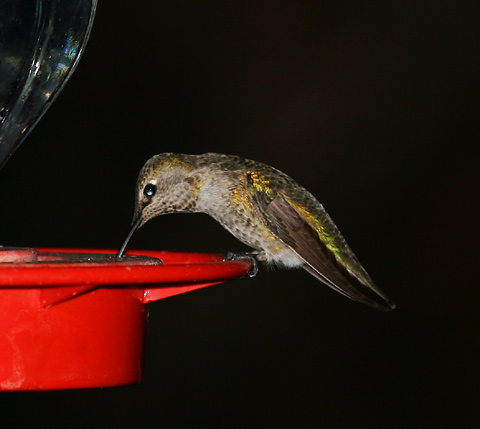 There are 18 different hummingbird species found here in southeastern Arizona, and I have seen 8 different hummingbird species in my Tucson yard, so identifying them can sometimes be a bit of a challenge, especially with the less colorful females and juveniles. Fortunately with both male and female Anna's Hummingbirds, their dark bills, green backs, grayish, green-flecked undersides, and lack of prominent eye stripes help distinguish them from the other common hummingbirds found here.