Black-throated Gray Warblers (Dendroica nigrescens) are common spring and summer residents in oak-pine woodlands throughout Arizona, and where I live in the southeastern part of the state, they are found in the mountains, especially in places like Madera Canyon. This particular male Black-throated Gray Warbler was summering in the northern part of Arizona near the Grand Canyon. 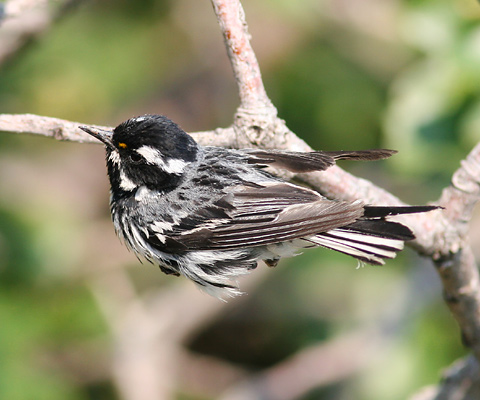