Arizona's 2006 monsoon season was an unusually wet one, with frequent thunderstorms and episodes of severe flooding. My cousin from Colorado came to visit us in Tucson during our wet monsoon weather, and although rain spoiled many of her photo opportunities in normally sunny Tucson, she was able to get some wonderful photographs of rain-loving frogs and toads, like this adorable one of a Couch's Spadefoot (Scaphiopus couchii) toad. 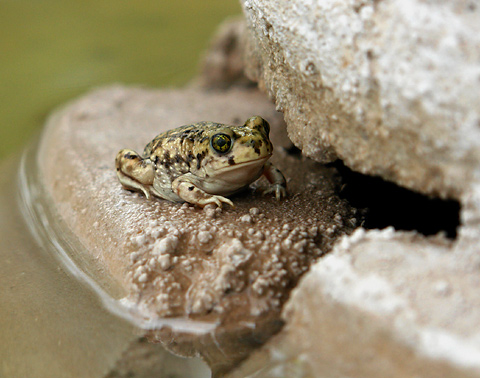 With the summer monsoon rains, Couch's Spadefoot toads and our other native, desert amphibians emerge to breed in the temporary rain pools. My own little bird pond always becomes filled with Couch's Spadefoot tadpoles at this time of year. 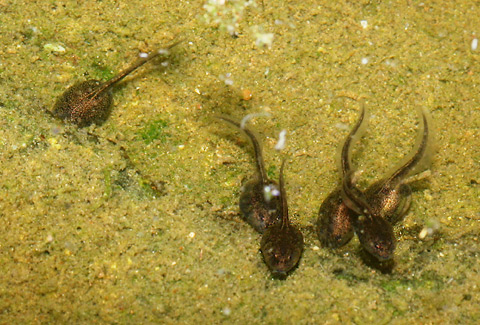 Despite the risk of rain, my dad and I took my cousin to see the fields of Arizona Poppies on the road to Madera Canyon… No surprise, we were rained out. On the rainy drive back past the pecan groves, hordes of Couch's Spadefoot toads began swarming out of the irrigation ditches and hopping across the road. I have never seen so many Couch's Spadefoot toads, especially not in the daylight since they are normally nocturnal. It was both wonderful to see and also terrible because we couldn't help running over dozens of them before we pulled the car over. Despite the storm, we got a couple of photos and herded a few of the toads off the road to safety, like this little guy below. 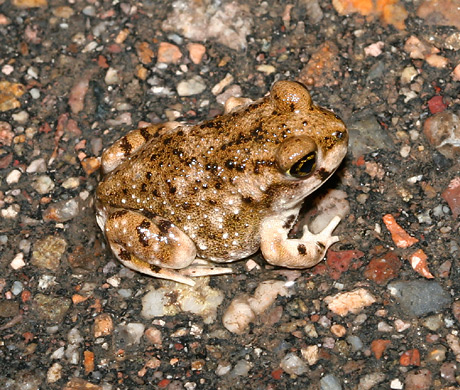 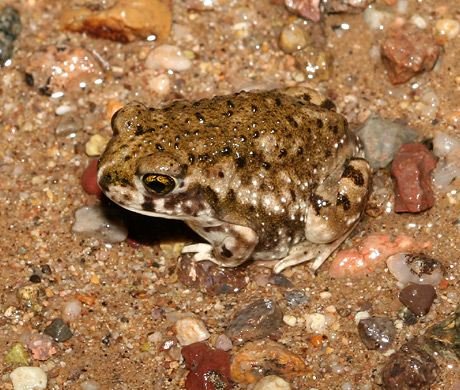 The toads that did successfully make it across (like this one above) were happy little hoppers, with mud puddles everywhere and delightfully rain-drenched earth that they could dig themselves into.