October is the best time of the year to plant Penstemon wildflower seeds here in southern Arizona. These native, spring-blooming wildflowers are easy to grow and are moderately drought tolerant once established. Penstemons have large, showy flower stalks that attract hummingbirds and large butterflies, especially Pipevine Swallowtails (Battus philenor) here in Tucson.

Penstemons (Penstemon spp.) are perennials, so these plants will live and bloom each spring for several years. Penstemons will easily reseed themselves, and their abundantly produced seed is also very easy to collect and use for later sowing. When using gathered seed, be sure to remove the seeds from the seed capsules before planting.

Native Penstemons that will do well here in southern Arizona:

I have discovered half a dozen different species of Penstemon growing wild here in the Tucson area. These wildflowers are most common in the upper foothills and in upland areas around 4000 feet (1219 m) in elevation where they can get a little extra water. 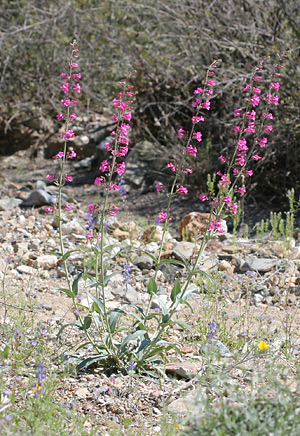 Pink-flowered Parry's Beardtongue (Penstemon parryi) is by far the most common species of Penstemon found here in Tucson, and it grows in upland areas to desert areas like Saguaro National Park. 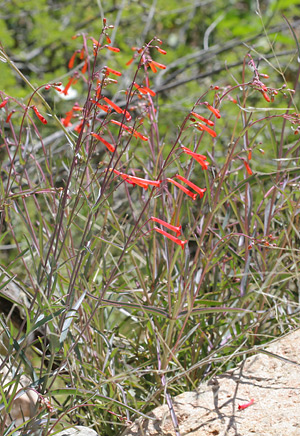 I discovered this red-flowered Hackberry Beardtongue (Penstemon subulatus) blooming along with numerous other wildflowers along the scenic Sweetwater Trail west of Tucson in March, 2005. 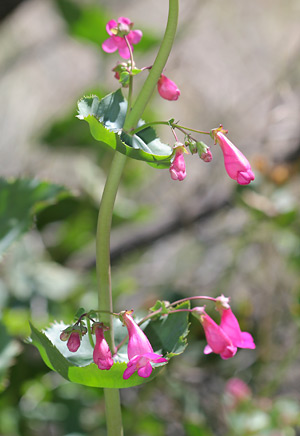 Pink-flowered Desert Penstemons or Arizona Penstemons (Penstemon pseudospectabilis) can be recognized by their toothed, boat-like upper leaves which completely surround the stems. 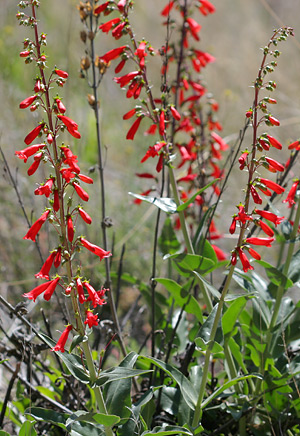 Red-flowered Eaton's Penstemons or Eaton's Firecrackers (Penstemon eatonii) can be found growing both in Tucson and in upland areas around Tucson, such as along the Catalina Highway in the Santa Catalina Mountains. 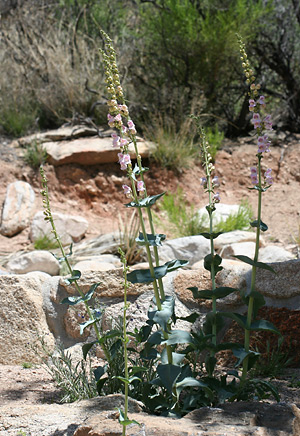 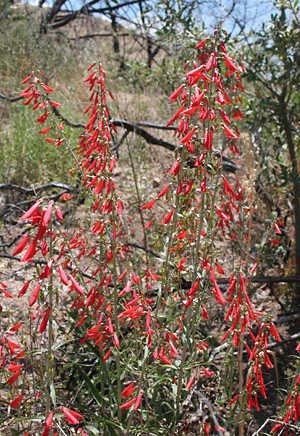 Although they can be found growing in upland areas around Tucson, red-flowered Beardlip Penstemons (Penstemon barbatus) are much more common in the mountains, and I frequently see them amidst the oaks and pines in the Santa Catalina Mountains.