Couch's Spadefoot Toads (Scaphiopus couchii) spend most of the year, about 10 months, hibernating underground in the desert, often far from permanent water. 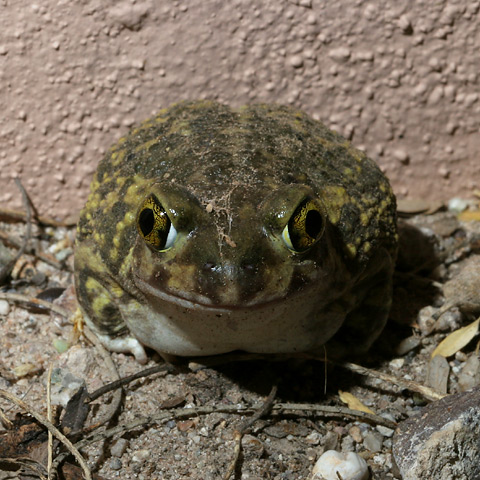 After heavy summer rainstorms, these Southwestern Toads will emerge on summer nights to first breed in temporary rain pools and then feed on insects to fatten up for the long hibernation to come. After the monsoon rains start here in Tucson, it's common to hear male Couch's Spadefoot Toads calling for females in large mud puddles on wet summer evenings.

Their loud baaaaaah baaaaaah calls sound very much like the bleating of a baby lamb, and while these toads look nothing like a lamb, spadefoot toads do have the rounded, big-eyed look of a baby animal. 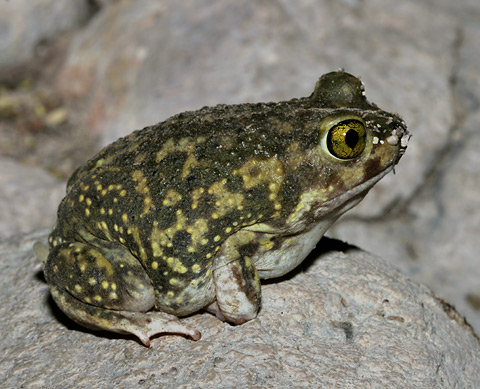 Their large eyes have vertical slit pupils like those of a cat. Couch's Spadefoot Toads have warty, greenish to brownish mottled skin and whitish undersides. They have hard, sickle-shaped tubercles (spades) on the undersides of their back feet to help them excavate hibernation burrows. They dig these burrows by backing into them as they dig with their back feet, so a Couch's Spadefoot Toad's head is the last thing to disappear into the collapsing dirt of its hibernation hole.