The two snakes that I see most often here in Tucson are Gopher Snakes (Pituophis catenifer) and Western Diamondback Rattlesnakes (Crotalus atrox). I don't know if they are unusually abundant here or just unusually conspicuous, but the vast majority of snakes that I see here are either one or the other of these two species, both of which are active during the day or night.

The longest snake in Arizona is the Gopher Snake, which can be up to 9 feet (2.7 m) long. I nearly stepped on this one while photographing a fast-moving Gulf Fritillary (Agraulis vanillae) butterfly. 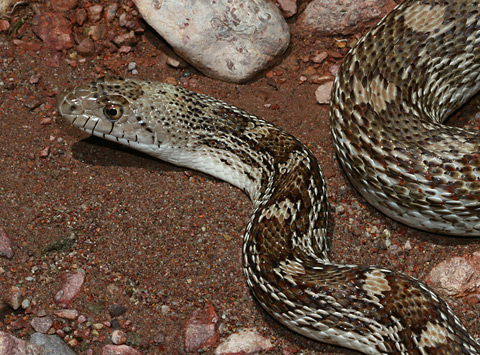 I looked down when the butterfly flew away and noticed this Gopher Snake's head next to my foot. The snake was surprisingly motionless, and I quickly jumped away from it. I'm sure glad that it was a non-venomous Gopher Snake an not Tucson's other most common snake, a venomous Western Diamondback Rattlesnake. 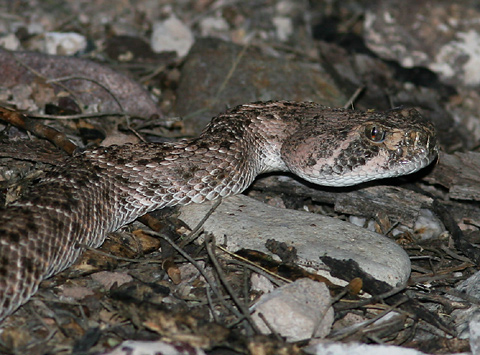 Western Diamondback Rattlesnakes can be seen almost anywhere in Tucson, and my dad recently had a close encounter with one in Agua Caliente Park. My cousin from Colorado came to visit over Labor Day weekend, and we took her to Agua Caliente Park late one afternoon. Like me, she is also an amateur photographer, and we were looking for things to photograph at the park. While walking on the paved nature trail, I spotted a Western Diamondback Rattlesnake just as my dad managed to walk right over it. Luckily neither he nor the snake were injured. He didn't even see the rattlesnake until my cousin and I screamed.