Sammy, my Labrador Retriever, stubbornly insists upon doing regular, everyday things in his own, rather unorthodox way. In this photo of Sammy, he is not stretching, snarling, or smiling, instead he is sound asleep and completely motionless with one leg held stiffly in the air. 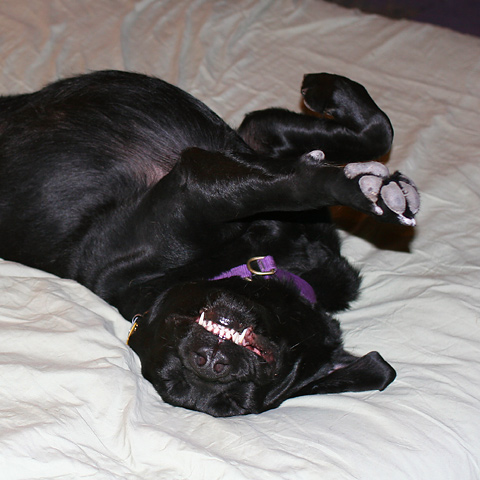 Here is another view of the sleeping Sammy from the other side. 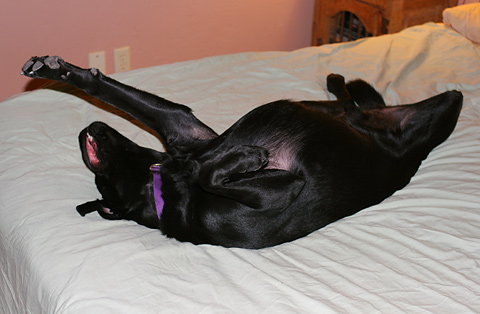 Sammy has big, loose jowls which flop open and reveal his teeth when he is laying on his back, and they also unfortunately make him prone to drooling. 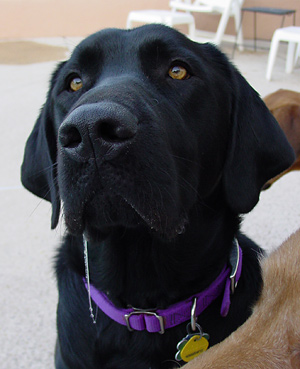 Sammy does almost everything just a little bit strangely. When he rides in the car, Sammy usually won't ride in the back with the other dogs, instead he claims one of the seats, where he sits back on his rump just like a human and not on his haunches like a normal dog. He looks weirdly like a small, furry person sitting there calmly watching the scenery.

He sometimes plants himself in the driver's seat, and it is almost impossible to remove him because any attempt to do so results in his becoming what I call a "stubborn mule dog". Trying to force him to do something, especially when he is on a leash, will result in Sammy becoming either a bucking bronco or a completely limp dead weight. He uses the dead weight method in the car. Sammy is very heavy, and it is very difficult to move his completely limp body, especially without injuring him. I will vainly tug a few times at his legs and then give up and go get a treat to lure him out. Of course, each treat just rewards this behavior and adds to his weight, which makes him more difficult to remove the next time. 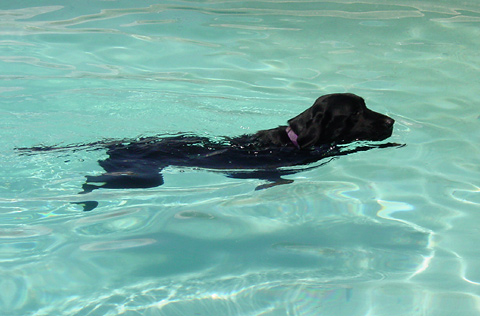 Like a normal retriever, Sammy likes the water, but after he swims in the pool, the eccentric Sammy usually sets off on a psychotic, wild-eyed run around the yard with his hackles raised and his back end lowered. This odd behavior thrills my other dogs, and they will chase him around the yard. After he tires of this, Sammy will head to the screen door, where he makes repeated passes rubbing luxuriantly against the screen. I suspect that this is Sammy's unique version of rolling, which dogs will often do to dry off.

Despite his occasional odd behavior and mulishness, Sammy is a nice, amiable dog, with no aggression towards humans or dogs. He is just a bit unorthodox.