In response to a challenge from Tony at milkriverblog, here are my favorite obscure films. I generally prefer fantasy and science fiction movies, and thus movie descriptions like "true to life", "autobiographical", and "based on a true story" will usually make me skip a movie unless it's really really good or a nature film (always a must see for me).

Instead, I like movies that challenge the imagination and explore the uncharted territories of the surreal. Three of the four movies I've listed here are all rather challenging to the viewer, and can bear repeated viewing. The other movie is just unintentionally hilarious and tests your tolerance for the cultural depths of the 1970s. These movies are all too extreme or strange to ever be completely mainstream, which helps keep them relatively obscure.

This wonderful, frenetic movie definitely deserves to be better known. Brazil is a bizarre movie that people either love or hate. It was directed by Monty Python's Terry Gilliam, so it is not surprising that it includes crude and outrageous humor and weird characters. What is surprising is how deep this seemingly mad movie is, and how filled with fascinating symbolism it is. This is one movie that you can't take at face value, and you definitely can't believe everything you see. 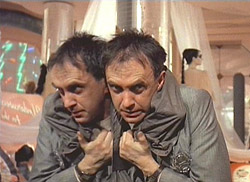 The hapless main character, Sam Lowry (Jonathan Pryce), is rapidly losing touch with reality, and it's sometimes hard to tell what is real in the story, and what is only imagined. 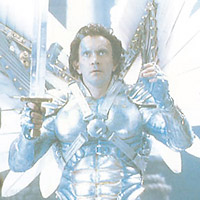 Even whether this movie has a happy ending or not depends on whose perspective you take.

I have watched this movie several times and I see something new each time. I strongly recommend seeing the director's cut, and not the American version with the fake, unambiguously happy ending. Unfortunately, the awful American version is the only one I've ever seen on broadcast TV.

While this strange film fantasy is pretentious, daring, confusing, overwrought, and visually overwhelming, it is also the most artistically beautiful film I've ever seen. 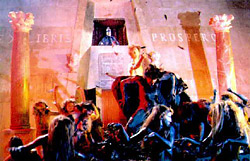 Each frame is like an artistic tableau, and the often complex and layered images and sounds are a glorious feast for the senses. I have never quite figured out what's going on in the movie, yet I very much enjoy experiencing it. Here is one person's attempted interpretation of Prospero's Books.

This movie was directed by Peter Greenaway and stars John Gielgud as Prospero. It's very loosely based on The Tempest by William Shakespeare. This unusual movie has perhaps the most nude people (male, female, young, and old) that I have ever seen in a movie, and thus it will probably never appear on regular broadcast TV.

This haunting science fiction movie is at times austere and extremely… slow… paced, but this just adds to the building tension and is reflective of the growing isolation and lingering depression of the main character. 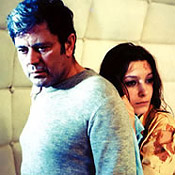 The glacial pace is not the only challenge to the viewer in this movie. It was filmed in Russian, but has English subtitles. This thoughtful movie is well worth watching despite the slow pace and subtitles, and it's the kind of movie that somehow stays with you long after other movies are forgotten. It stars Donatas Banionis and was directed by Andrei Tarkovsky.

Avoid the horrible dubbed version at all costs, and instead choose the subtitled version. There was a recent remake of this movie, Solaris (2002) with George Clooney, but I never bothered to see it because I was already so fond of the excellent original.

This is one of those few movies that is so outrageously bad that it's actually strangely good. I highly recommend it for anyone who loves cult classic movies like The Rocky Horror Picture Show (1975). 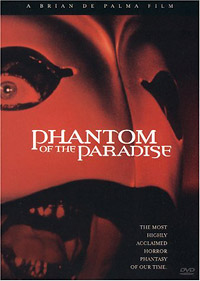 The Phantom of the Paradise is a campy musical drama loosely based on The Phantom of the Opera. This strange movie is the epitome of 1970s style and is hilariously entertaining if you can stomach the horrible hair, tacky clothes, and general silly trashiness. It was directed by Brian De Palma and stars Paul Williams.