Long-tailed Blue (Lampides boeticus) butterflies are native to Europe, Africa, Asia, and Australia. These butterflies were accidentally introduced to Hawaii in the late 1800s, so they have had plenty of time to become well established here and are now one of Hawaii's most common butterflies. The Long-tailed Blue is also commonly known as the Peablue, Pea Blue, and Bean Butterfly. 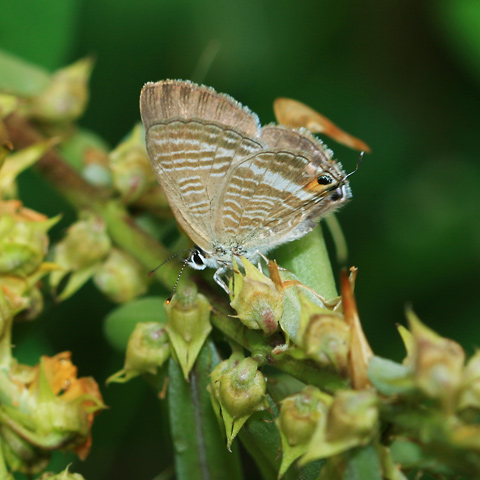 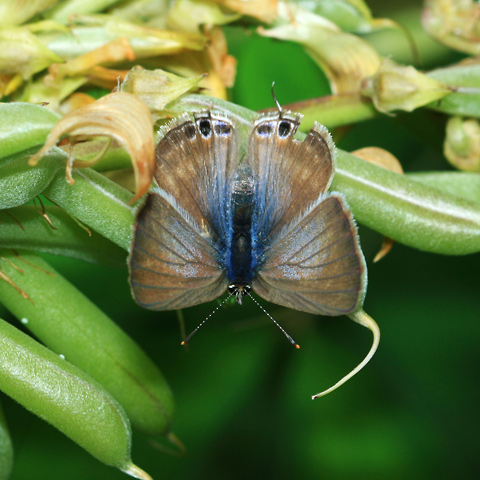 This Long-tailed Blue was obviously a female because she was laying eggs on a Rattlebox (Crotalaria sp.), a common weed here in Hawaii. The tiny, pale aqua-white eggs can be seen on the bean pods above. 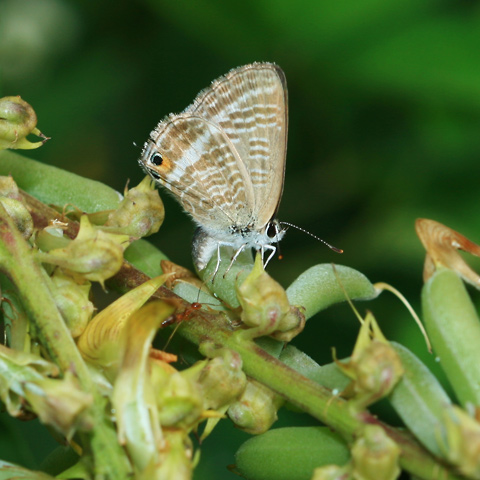 Long-tailed Blue butterfly caterpillars feed on plants in the Pea Family (Fabaceae) like Rattlebox, and these small butterflies are significant pests of cultivated peas and beans here in Hawaii.