West Indian Raspberry, Thimbleberry, Ola'a, Roseleaf Raspberry, or Rose-leaf Bramble (Rubus rosifolius) is an introduced, invasive weed found on all the main Hawaiian Islands. It is generally found growing in the shady understory of wet or mesic (moderately moist) forests at lower elevations, and its presence is an indication that a particular area gets a lot of rain. I discovered these West Indian Raspberries growing wild along a road through a patch of dense woods in Pahoa, Hawaii. 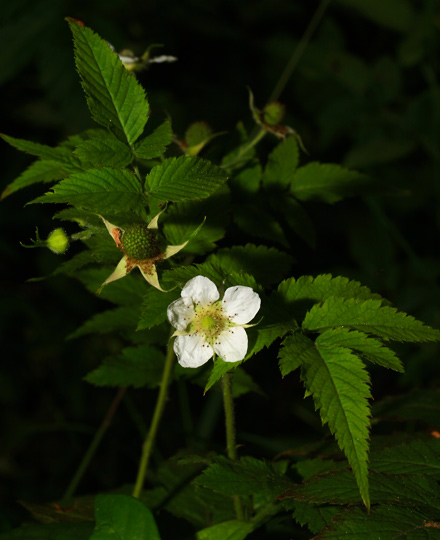 West Indian Raspberries have white, 5-petaled flowers similar to those of other raspberries, green leaves divided into 3 to 7, ovate to lanceolate, toothed leaflets, and spiny stems. The flowers are followed by edible red raspberries. 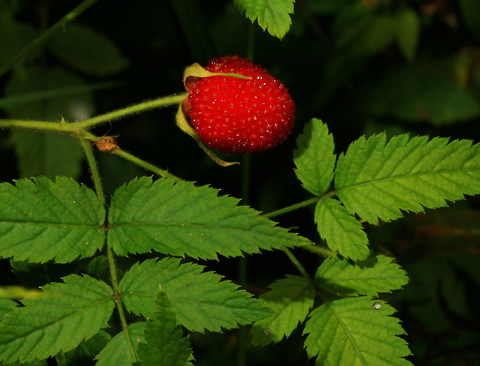 The fruit is delightfully sweet, but not as tart and flavorful as commercial raspberries, so it needs a drizzle of orange juice to give it a more typical raspberry tartness.