Here in southeastern Arizona, Hepatic Tanagers (Piranga flava) are common summer residents in oak-pine woodlands and riparian canyons in the mountains. Hepatic Tanagers will usually arrive here in early April and depart south for the winter sometime in October. 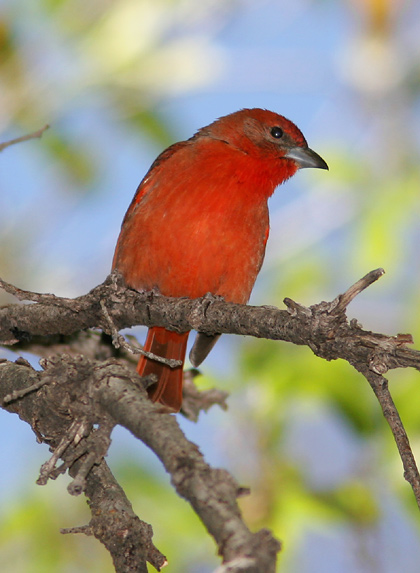 Hepatic Tanagers can usually be found in the treetops, where they spend much of their time singing and hunting for insects amongst the leaves, but like other tanagers, they do have a fondness for fruit and will visit jelly and fruit feeders. I observed this male Hepatic Tanager at a grape jelly feeder in front of Madera Kubo B & B in Madera Canyon, Arizona in May of 2007.