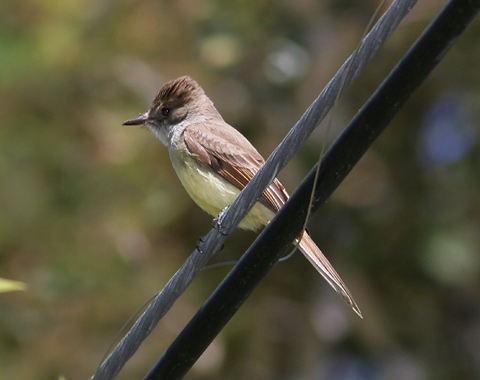 Fortunately, Myiarchus flycatchers are quite vocal and so identifying them by voice is not too difficult. This particular Dusky-capped Flycatcher's repeated plaintive "peeeu" calls quickly revealed its true identity. None of our other Myiarchus flycatchers here have a call similar to this.