White-crowned Sparrows (Zonotrichia leucophrys) are abundant winter visitors and transients here in southeastern Arizona, and the first sounds of their cheery whistling songs are good signs of cooler weather to come. These sparrows prefer brushy areas and are also common visitors to bird feeders, especially those near dense shrubbery for them to take refuge in. 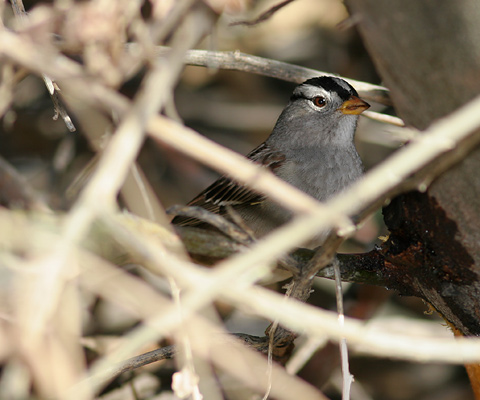 Adult White-crowned Sparrows are light gray with a dark brown tail and wings, dark eyes, and a broad, yellowish or pinkish bill. They can be identified by their distinctive black and white striped head with four black stripes (two broad and two narrow) and three white stripes. Unlike the similar White-throated Sparrow (Zonotrichia albicollis) which has a yellow patch between the eyes and beak and a bright white throat, the White-crowned Sparrow has a gray throat and no yellow feathers. 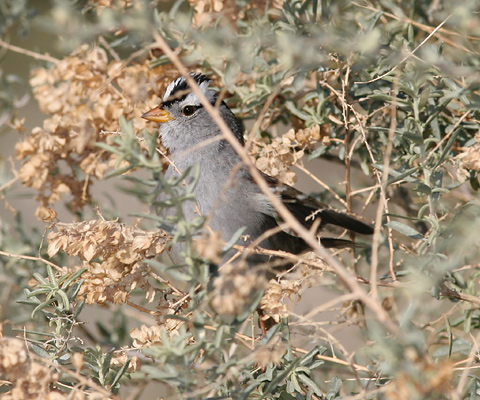 Juvenile White-crowned Sparrows are similar to the adults but have a cream and brown striped head and pinker bills. 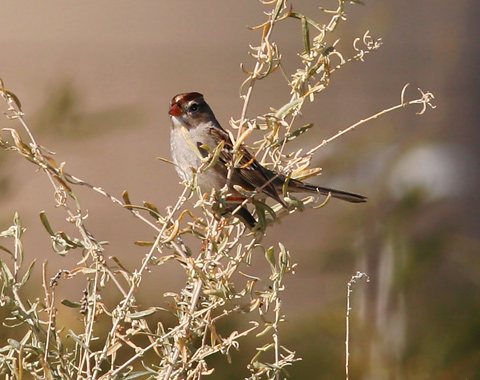 Our White-crowned Sparrows (mainly the subspecies Z. leucophrys gambelii) will begin to migrate northward toward their breeding grounds in Alaska and Canada in mid-April and should be mostly gone by sometime in May. They will return here to southeastern Arizona for the winter sometime in late September to October.