Pond Sliders (Trachemys scripta) are common, non-native, aquatic turtles that have been introduced from the eastern U.S. into urban ponds and wetlands here in Arizona. I observed this female Pond Slider laying her eggs in a small hole in the dirt along the shore of the Sweetwater Wetlands here in Tucson in July. 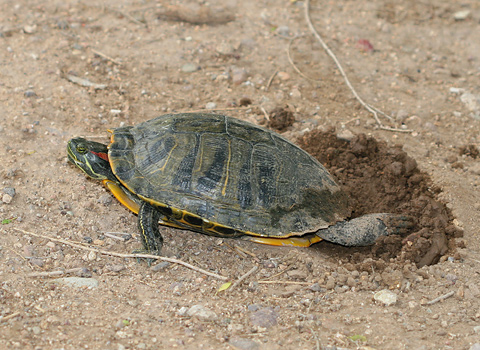 Pond Sliders can be recognized by their aquatic habits and by the scarlet patch behind their eyes. Since they spend much of their time in the water, their feet are flat and broad and function as flippers to aid them in swimming. 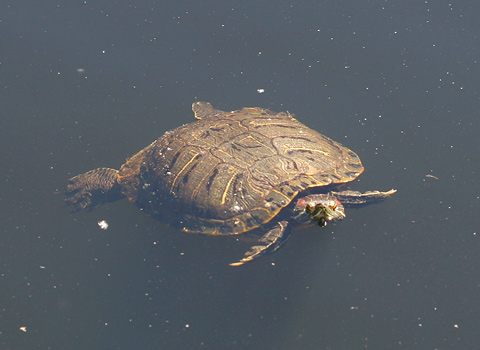 When not swimming, Pond Sliders can often be seen basking in the sun safely far from shore on logs or rocks. These basking Pond Sliders were in one of the ponds in Agua Caliente Park here in Tucson. 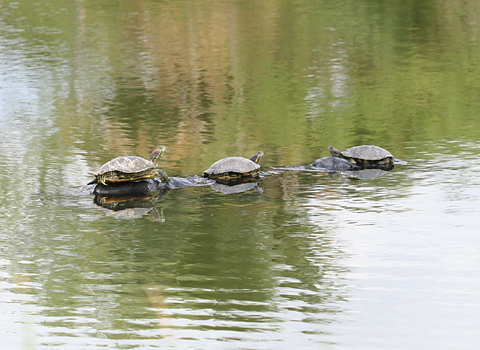