The Sweetwater Wetlands are human-constructed ponds and marshy areas on the west side of Tucson near the Santa Cruz River. 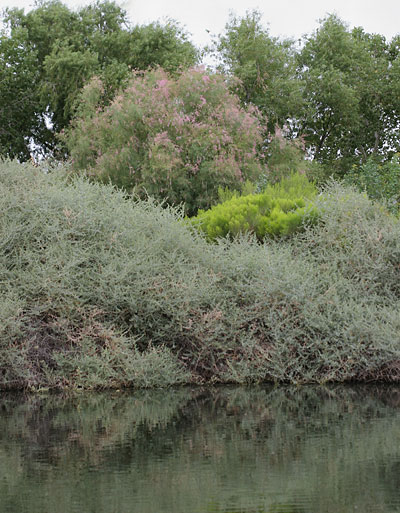 Despite it's name, the water here in the Sweetwater Wetlands is anything but sweet because it's actually secondary effluent and backwash from a nearby sewage treatment plant. Here in the wetlands, the effluent is naturally cleaned by organic processes such as the actions of plants and aerobic bacteria. 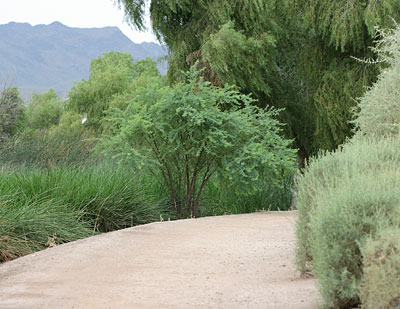 The wetlands are open to the public on most days, and there are many paths and wildlife viewing spots here. This area is quite popular with bird-watchers due to the wide variety of water birds (some rare here in Tucson) it attracts. The smell is really not too bad, with only the occasional musty urine smell.

Update: The address for the Sweetwater Wetlands is 2667 West Sweetwater Drive.