The American Bullfrog (Rana catesbeiana) is the largest frog found in Arizona, but it is not native here. American Bullfrogs were introduced to Arizona from eastern North America. Because they remain in the aquatic tadpole stage for one to three years, these non-native frogs are only found in areas of permanent fresh water. American Bullfrogs are very common in the Sweetwater Wetlands here in Tucson. 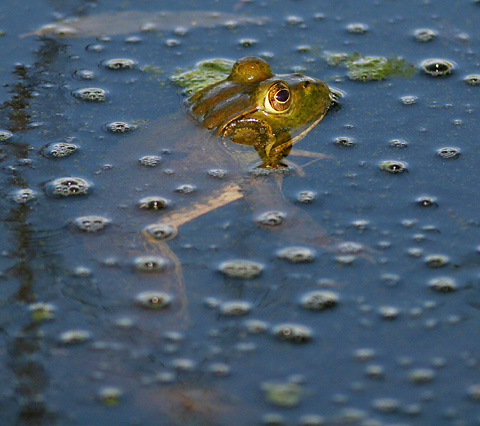 Male American Bullfrogs are known for their extraordinarily loud, deep, mooing calls that can be heard over great distances. The males are very territorial and will physically defend sections of the shoreline from other males.