Two species of cardinal are found here in Arizona, the Northern Cardinal (Cardinalis cardinalis) and the Pyrrhuloxia (Cardinalis sinuatus). Pyrrhuloxias are a type of desert cardinal found in southern Arizona, New Mexico, and Texas and throughout much of Mexico, mainly in desert scrub and brushy areas.

Both male and female Pyrrhuloxias have red-tipped, pointed crests and broad, hooked, yellowish bills, but the sexes are easily distinguished because the males are more extensively marked with red. 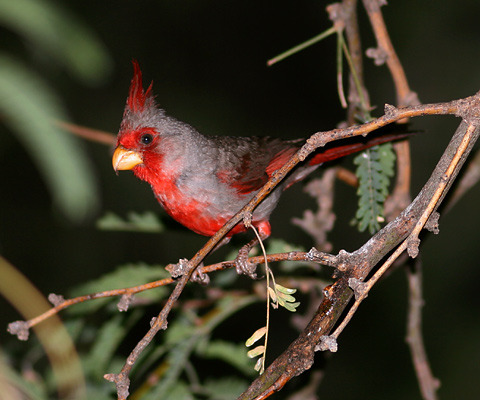 Female Pyrrhuloxias are much less red and are more of a brown-gray color unlike the pure gray males. 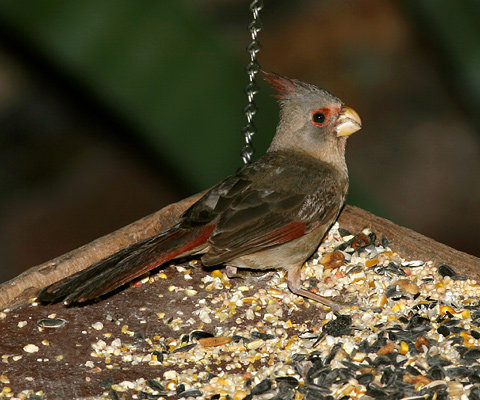 Both Pyrrhuloxias and Northern Cardinals visit my bird feeders and nest in my yard. Although both species are highly aggressive and territorial toward others of their own kind, I've only seen transient, very mild aggression between these two species. Overall, Pyrrhuloxias and Northern Cardinals tolerate each other's presence quite well and contentedly share the same territory, although they don't like visiting the bird feeder at the same time.