Four-striped Whiptail or Four-lined Ameiva (Ameiva quadrilineata) lizards are very common in the Caribbean and southern Pacific lowlands of Costa Rica. This lizard is also known as Chisbala de Cuarto Rayas in Spanish. 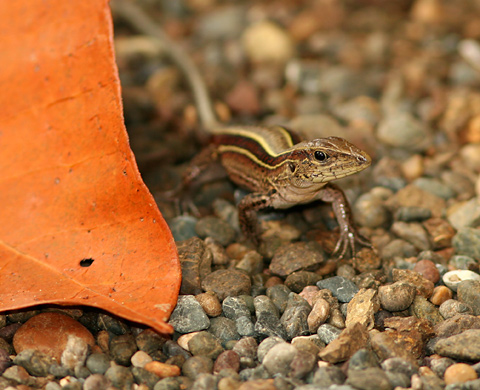 These relatively small, active lizards frequent open, sunny areas where they can be found exploring around on the ground for insects or sunning themselves on rocks. 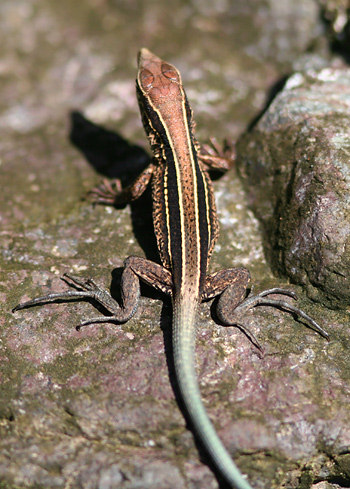 A Four-striped Whiptail can be identified by the four pale yellow lines running down its back and by its long, slender tail. The juveniles have bright blue tails which gradually fade to a grayish brown as they mature. 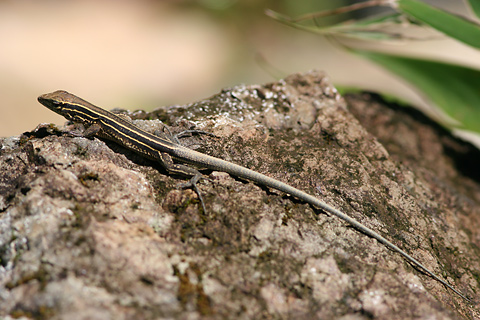