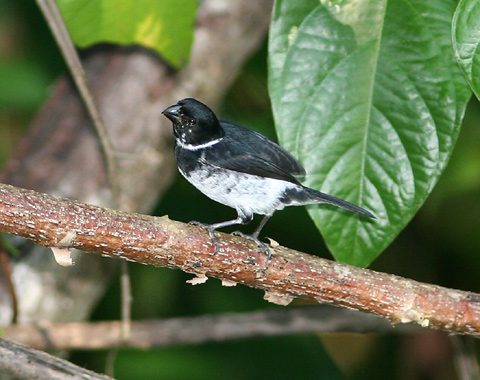 The multiple scientific and common names for this same bird are a result of disagreements over its classification. The males are black above and white below with a black throat and bib, a white collar, a white patch at the base of the primary feathers (barely visible here), and a broad, black, convex bill. 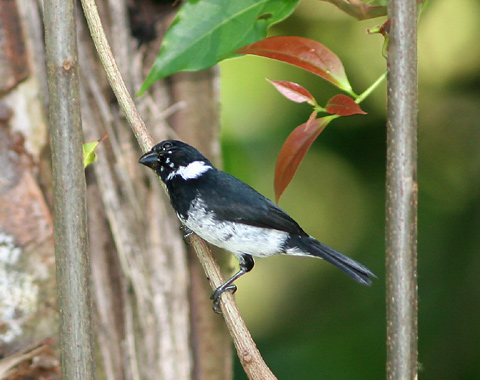 I'm not sure why this male had white dots under his eyes, but these birds really are quite variable in their markings.

A female Variable or Wing-barred Seedeater has a similar bill, but she is a dull olive color above and a pale yellowish brown below. 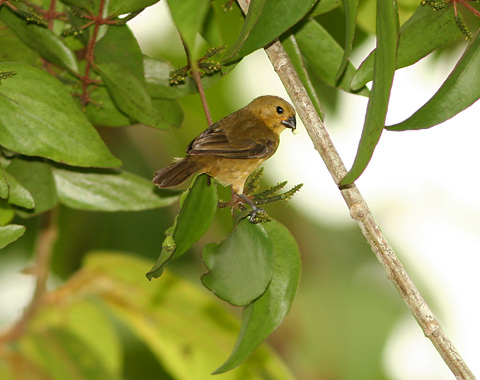 Variable or Wing-barred Seedeaters eat seeds, especially those of grasses, as well as insects and small berries. 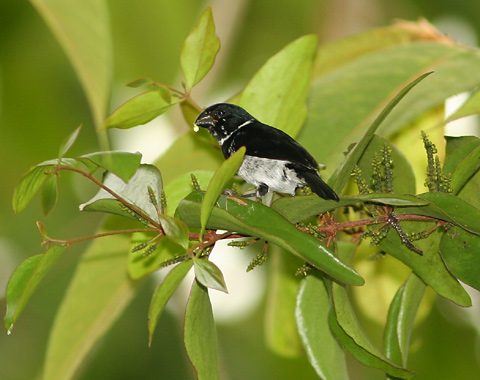 Variable or Wing-barred Seedeaters often travel in pairs, and I always saw the birds in these photographs together. These common birds can also often be seen traveling in small flocks with other similar birds and are most common in open, grassy or weedy areas where they can find plenty of seeds.