Common Black-hawks (Buteogallus anthracinus) range from the southwestern United States to the northern part of South America. They are usually found in lowland areas near water where they can hunt for crabs (one of their favorite foods) and near large trees for roosting and nesting in. 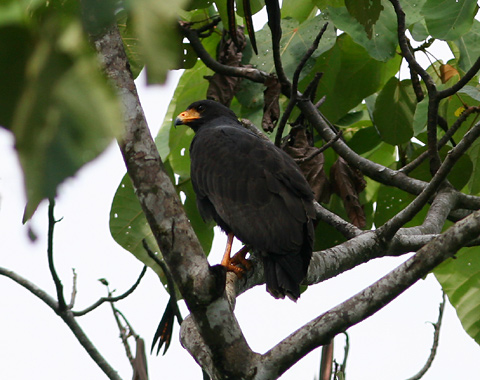 Not surprisingly given their name, Common Black-hawks were the most common hawks I saw along the Pacific coast of Costa Rica. They were almost always perched in the same large trees near the ocean as the numerous Black Vultures (Coragyps atratus).