In Costa Rica, Cherrie's Tanagers (Ramphocelus costaricensis) are common along the southern Pacific slope from the lowlands up to about 4000 feet (1219 m) in elevation. Cherrie's Tanagers are found at sunlit forest edges and up in the leafy jungle canopy. These colorful tanagers were some of the most common and conspicuous birds that I observed in the Pacific lowland jungles of southern Costa Rica.

I spotted this male Cherrie's Tanager in a low tree along a sandy beach near Corcovado, Costa Rica. He was traveling with the female also pictured here. 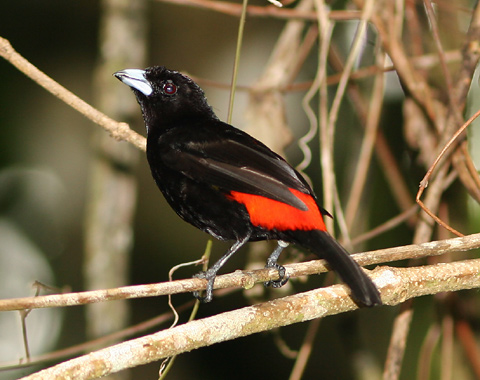 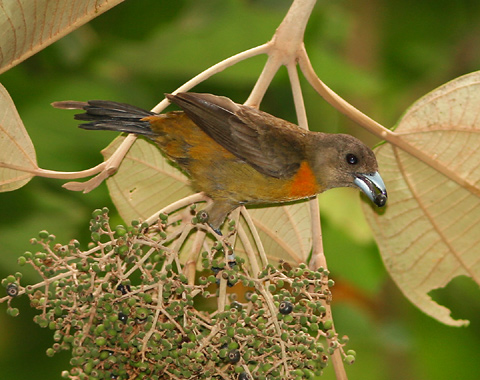 Young male Cherrie's Tanagers initially look similar to the females, but over a period of months, they become increasingly covered with spots and patches of red and black adult male coloration, giving them a rather strange, harlequin-like appearance. 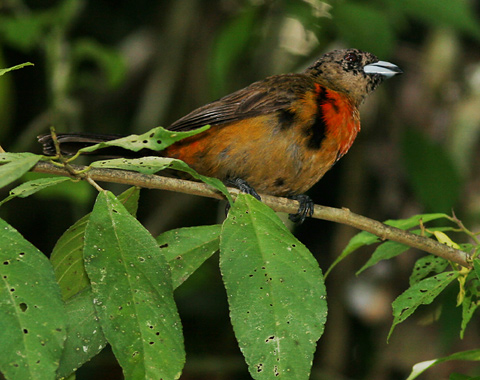 I observed this patchy-looking young male Cherrie's Tanager in Manuel Antonio National Park, Costa Rica in May of 2007.

Cherrie's Tanagers travel in pairs or small groups as they forage for food, and I never saw one by itself. These active, gregarious birds feed on seeds, berries, and on any insects that they happen across.