The native Netleaf Hackberry (Celtis laevigata var. reticulata) trees and shrubs usually begin blooming in April in the riparian woodlands around Tucson. Their small, greenish flowers are quite inconspicuous and easy to overlook with the naked eye, but the flowers are delightfully strange and oddly appealing when captured with a macro lens. 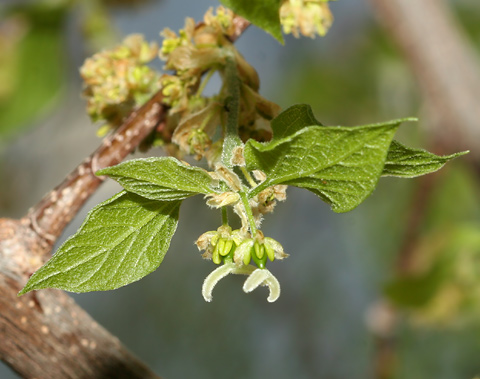 These are pistillate or female flowers, and they will later be followed by edible orange to red-brown berries (drupes). Netleaf Hackberries are monoecious, so both male and female flowers are found on the same plant.