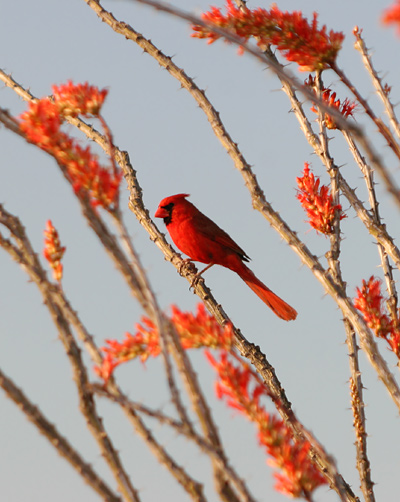 The Northern Cardinals like to visit my bird feeders late in the day, and the male usually perches in a nearby Ocotillo for a quick look around before venturing down to the feeders. When observed from a fair distance, he can be surprisingly difficult to see amidst the red flowers.

For more examples of colorful camouflage, check out these photos of Abbott Handerson Thayer's animal camouflage paintings on the web:

Peacock in the Woods
Copperhead Snake on Dead Leaves