Yesterday, my fellow classmates and I visited the Sweetwater Wetlands here in Tucson to learn about Pima County's mosquito control program and their collecting and testing of mosquitos for West Nile Virus. 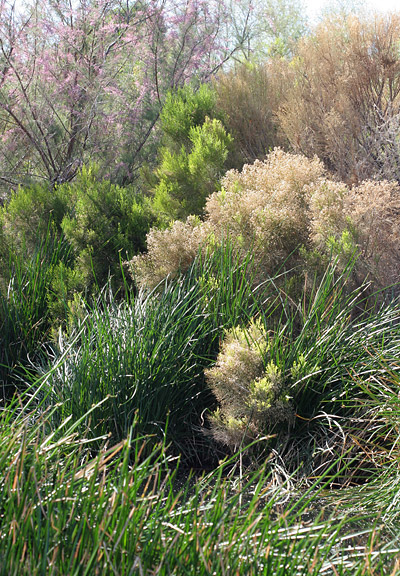 West Nile Virus is a virus found in birds that can be transferred to other birds, humans, horses, and to a variety of other mammals when a mosquito (usually Culex spp.) bites an infected bird, picks up some of the virus, and then bites another animal or human and transfers the virus to them. Most human infections are asymptomatic or mildly flu-like, but some of the infections can be very serious or even fatal. So far, the human case-fatality rates for West Nile Virus here in the U.S. range from 3 to 15% (7% overall), and these alarming statistics are why mosquito control and monitoring programs are so important for this virus.

The Sweetwater Wetlands are human-constructed wetlands that contain secondary effluent from a nearby sewage treatment plant. These wetlands are treated to control the mosquito populations, but some mosquitos can still be found there. 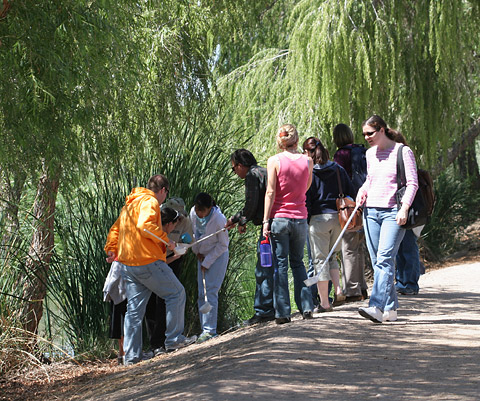 We were collecting water samples using cups at the end of poles to look for the presence of mosquito larvae. 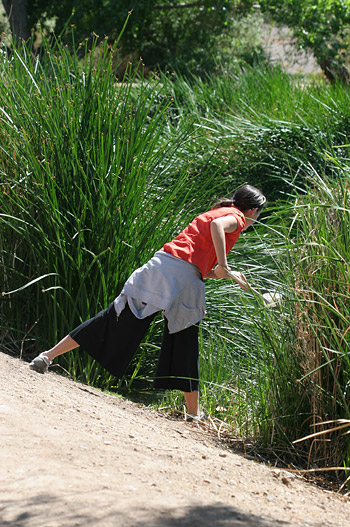 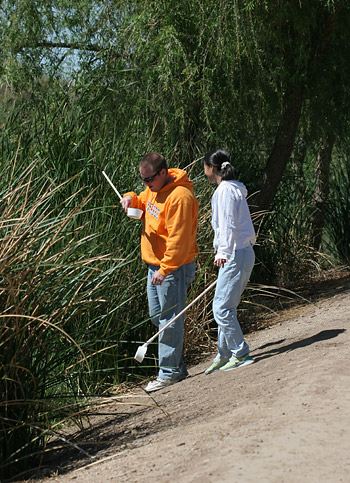 They must have recently treated the wetlands with a larvicide (and did a good job of it) because the vast majority of the mosquito larvae we found were dead. Fewer mosquitos are definitely good news for the many birds and bird-watchers that these wetlands attract.

The goal in mosquito control is to prevent them from becoming disease-spreading adults, and fortunately, there are more environmentally friendly methods for controlling mosquito larvae than for the adult mosquitos.

Since mosquitos usually don't travel too far from where they hatch, often about a one block radius, most mosquitos biting people in Tucson are breeding in and emerging from standing water in people's yards. The best prevention for West Nile Virus and other diseases carried by mosquitos is to eliminate this standing water or treat it with a larvicide. This page has prevention information and how to report mosquito problems (like a neighbor's green, stagnant, mosquito-infested swimming pool) here in Pima County, Arizona.