Even though they are commonly found in desert and cactus gardens here in the southwestern United States, Aloes are actually not native to the Americas. Aloes (Aloe spp.) are African plants from the drier parts of that continent. Here in Tucson, Arizona, Aloes like this South African Cape Aloe or Bitter Aloe (Aloe ferox) below begin blooming in late February and early March. 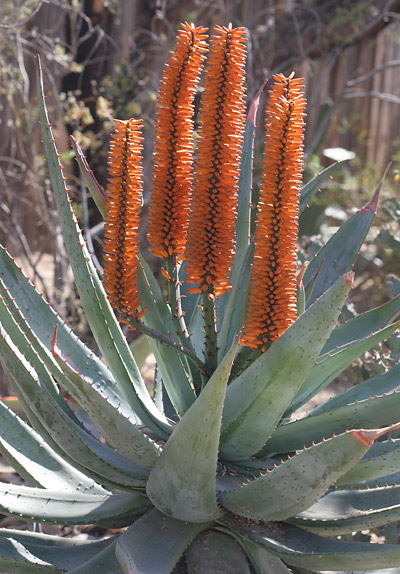 The Cape Aloe's wonderfully brilliant orange flowers remind me of pillars of flame, and they contrast quite nicely with the dull grayish-green leaves. Orange-colored springtime flowers like these certainly help chase away the drabness of late winter here in the desert. 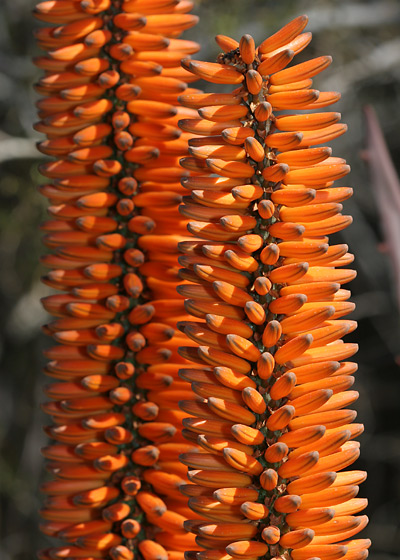 Along with Aloe vera, Aloe ferox has a long history of medicinal and cosmetic uses, but it tastes quite bitter.

Aloes are succulents, and this extra stored water in their tissues helps them deal with periods of drought. However, during unusually severe droughts, Cape Aloes and even some of our native plants will definitely need extra water in order for them to survive.