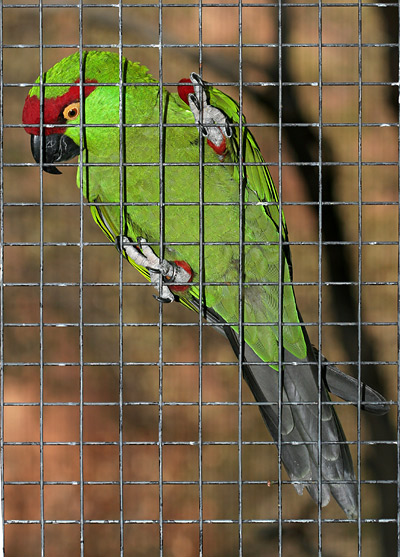 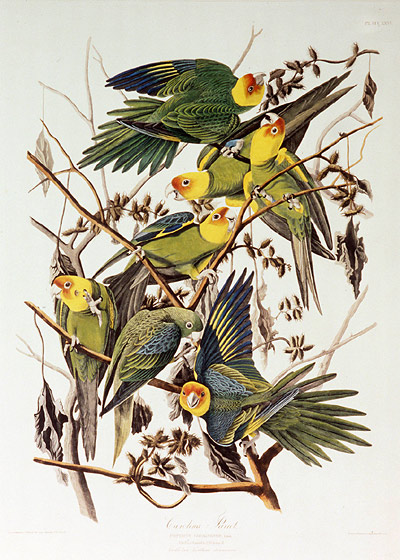 Both parrot species suffered drastic population declines mainly because of hunting, but also due to logging and other habitat disruption. Thick-billed Parrots used to be found in the mountains of southern Arizona and in Mexico, but they are no longer found in the wild here in the US. I photographed this captive Thick-billed Parrot at the Arizona-Sonora Desert Museum, and they can also be found at the Phoenix Zoo. 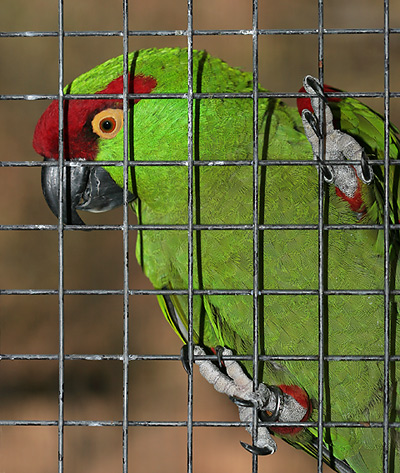 Wild populations of Thick-billed Parrots can still be found in Mexico, but they are threatened by illegal logging of their pine forest habitat.

Flocks of gregarious Thick-billed Parrots live in high-elevation pine forests, where they feed on pine nuts, acorns, and other seeds. These parrots are quite noisy, and their calls can be heard for great distances in the mountains.

Efforts to reintroduce captive-bred Thick-billed Parrots back into the wild in Arizona have so far failed, but there's still hope that they may succeed in the future. It would give me much joy to see (and hear) them back here in Arizona where they belong, and not have them follow the same sad path to extinction as the Carolina Parakeet.