The 8550 foot (2606 m) summit of Mt. Bigelow in the Santa Catalina Mountains near Tucson is covered in a forest of antennas and communication towers. 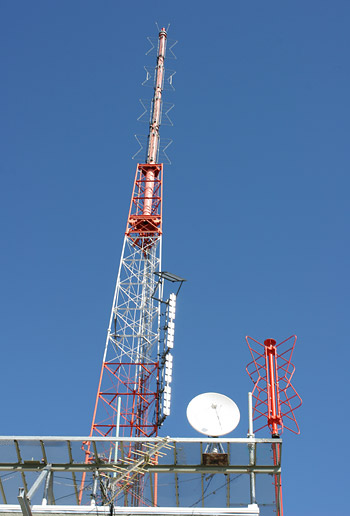 The tallest towers like this one are topped with flashing red aviation obstruction lights that I can see from my house in the valley below. Tucson can barely be seen sprawled in the distance in this hazy view from the top of Mt. Bigelow. 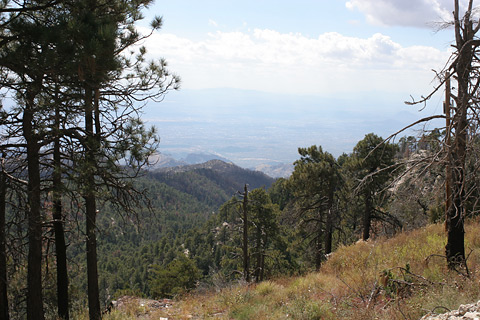 Microwave antennas have sprouted up here like giant mushrooms, and they not only cover towers… 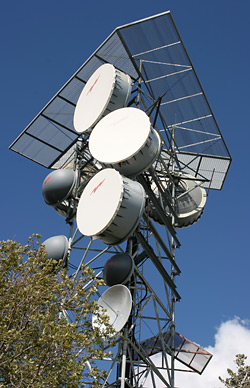 They also sprout from almost every building. 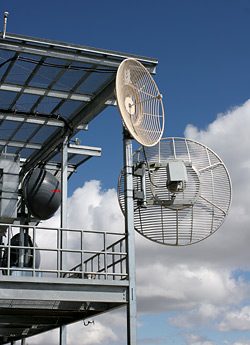 The many antennas are accompanied by a fire observation tower, which surprisingly has only sprouted a few spindly antennas. 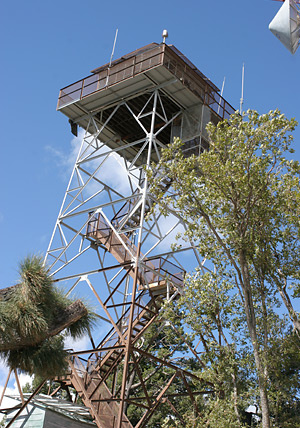 The view from this observation tower would have been terrifying during the Aspen Fire of 2003 because the flames came very close to consuming this towering forest of antennas, which would have knocked out many Tucson communication services including several local television stations.