As dog owners discover, dogs absolutely excel at finding everything that you really don't want to see, especially dead things of all types. What's even worse is then having to pull the disgusting dead thing out of your foolish dog's mouth. I don't know why, but well-fed dogs will attempt to eat things that even a hungry coyote would not touch. I was walking this Airedale Terrier recently, when she began pulling me excitedly toward something in the sandy wash. 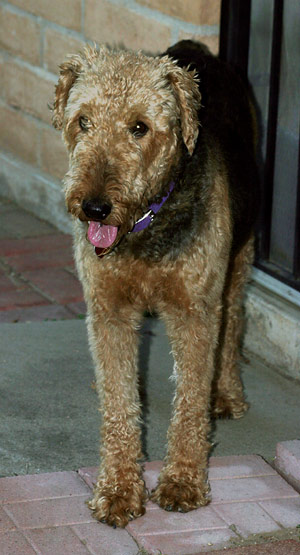 Her "thrilling" discovery was a dry, mummified toad that had been unearthed by the recent monsoon rains. 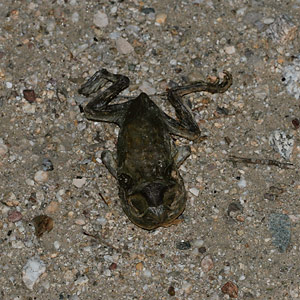 Thankfully, I was able to pull the dog back before she could snap up the toad mummy. I won't walk her by that spot again until the mummy toad is gone, possibly snatched up by another dog. However, dogs are not alone in their appreciation of the long dead, packrats also seem to prize mummified creatures or animal bones, and they will happily drag them off to their messy nest piles.

A number of years ago, my old car began smelling of smoke and running funny. When I opened up the hood to investigate, I found a large packrat nest pile of cactus, twigs, and most alarmingly, chewed plastic and rubber car parts strewn over the top of the engine. In the center of the messy nest pile, the packrat had carefully constructed a neat, round, grass nest and had lovingly placed a mummified lizard in its center.