The American Snout (Libytheana carinenta) butterfly will often rest on exposed, dead twigs, and it relies on camouflage to protect it from avian predators. 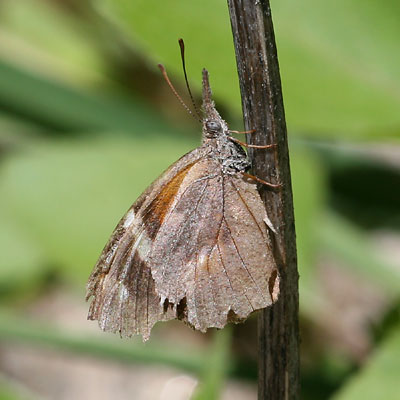 The wing uppersides, which are normally kept hidden when perched, are brown and orange with big, white spots. The American Snout in the photograph above was a bit alarmed that I was so close to it, so it raised its wings (showing some hidden orange color) and antennae in preparation for possible flight.