This April, Molino Basin Campground, which partly burned in the terrible Aspen Fire of 2003, has numerous penstemons in bloom. I observed four different species of penstemon there today, and all were large, showy, and quite easy to spot. 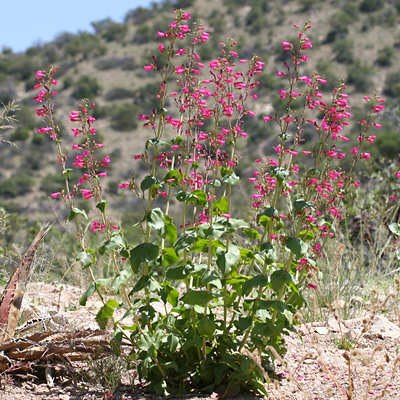 Desert Penstemons (Penstemon pseudospectabilis) are quite common in the previously burned areas, which have now become rolling, grassy hills. Desert Penstemons have towering stalks of tubular, pink flowers and can grow to be impressively large.

Along with the many penstemons, several wonderfully fragrant (but sadly unidentified) cliffroses (Purshia species) are also currently flowering. 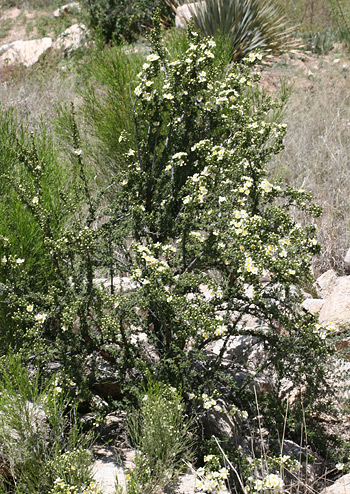 The cliffroses can be found near the entrance to Molino Basin Campground. If you ever find these native shrubs blooming, be sure to smell the flowers as they are heavenly.