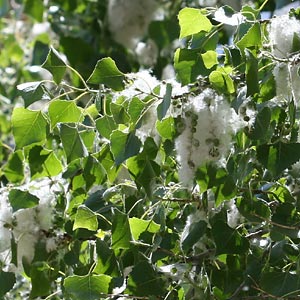 In April, as I walked along a wash in the Gordon Hirabayashi Recreation Site, I spotted large drifts of white, cottonwood seeds lightly covering the ground and banking up against a stone wall under a giant cottonwood tree. 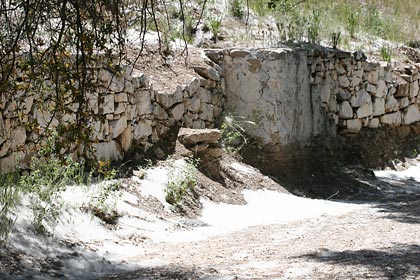 Each gust of wind released masses of the cottonwood tree's fluffy seeds which then drifted slowly through the warm air like snowflakes. It does snow in the Santa Catalina Mountains, and even occasionally in Tucson, but this is the most "snow" that I've seen in several years.

Cottonwood trees can be found growing near water sources like the many desert washes here in Tucson. A particular wash may be dry for most of the year, but the presence of available underground water is revealed if cottonwood trees are growing there.