Palmer's Metalmark (Apodemia palmeri) butterflies are common here in Arizona, especially in areas of desertscrub where their larval host plants, Mesquite trees (Prosopis spp.) can be found. The adult butterflies feed on flower nectar, and some of their favorite flowers are daisies like these TransPecos Thimbleheads (Hymenothrix wislizeni). 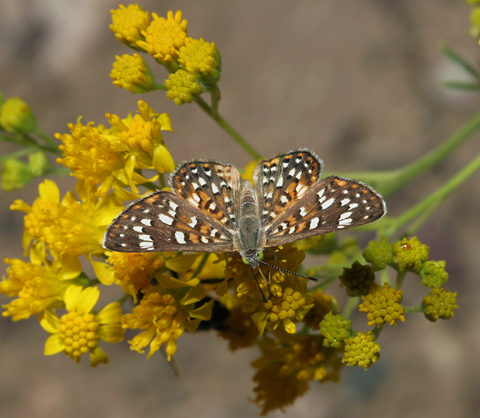 Palmer's Metalmark butterflies have green eyes and brown or gray-brown dorsal forewings and hindwings with small, coppery orange splotches and squared white spots. These butterflies are relatively small with only a 1.1 inch (2.8 cm) wingspan. 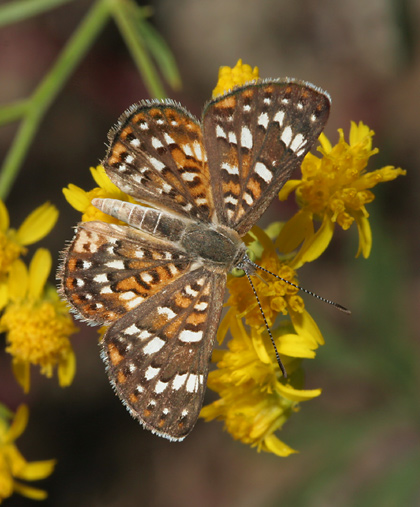