While in Costa Rica, I observed a number of small, curious things. The first things that I noticed were tufts of what looked like animal fur all over the ground at the edge of the jungle. 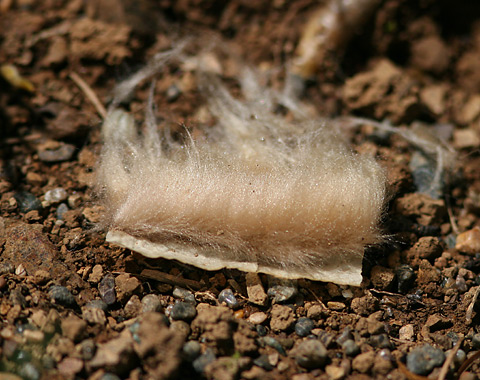 With the lack of bloody gore, it looked more like someone's fancy fur coat had been shredded to bits. However, It turned out that this fuzzy "fur" was actually from a tropical tree, the Kapok (Ceiba pentandra). Kapok seeds are surrounded by this furry fiber, which in the past was often used as stuffing and insulation.

I spotted a tree with these strange, red fruits growing in a Costa Rican garden. I don't know if these fruits are intended to be edible or just ornamental, but they certainly are odd-looking. 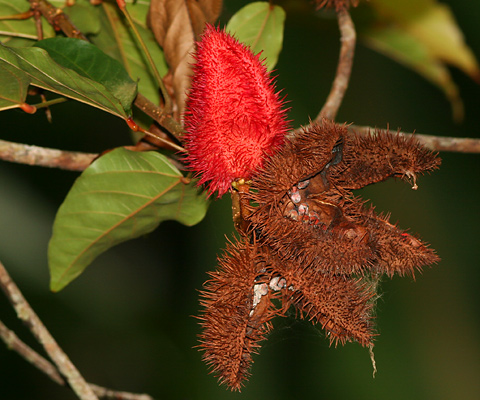 Update: Thanks to a kind reader, these red fruits have been identified as those of a Lipsticktree (Bixa orellana). I never touched these weird fruits, but apparently the red stuff rubs off on your fingers. The red fruits are inedible, but the seeds are used to make the organic red-orange to yellow-orange dye called annatto, which is used to color cheddar cheese, butter, and other normally white foods.

Arboreal termite nests are abundant in the Pacific lowlands of Costa Rica. Some, like this termite nest at the base of a twig, are quite small. 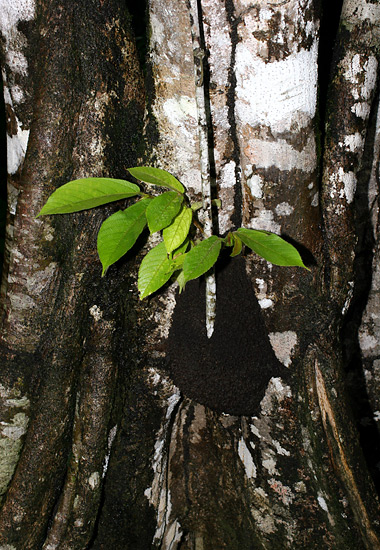 Other termite nests form huge, goitrous growths on tree trunks in the jungle. 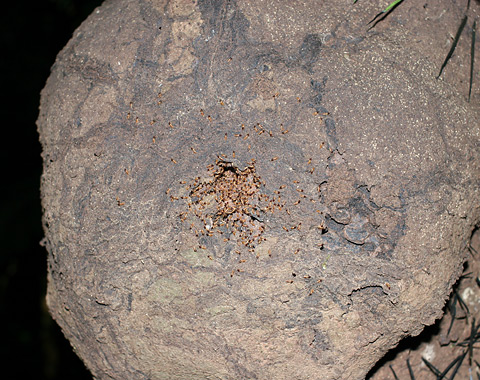 This termite nest was the size of a small boulder and had the dry, papery texture of a paper wasp nest. Curious, I poked a hole in the nest with my finger and hundreds of tiny, wingless termites came angrily pouring out.

Also common in the Pacific lowlands of Costa Rica are these monkey-no-climb palm trees with their trunks covered in long, wickedly sharp spines. 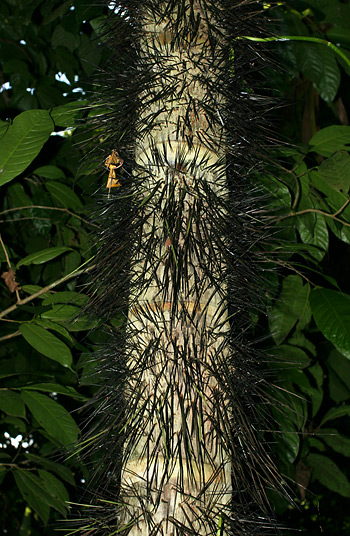 During our night hike in the jungle, we had to duck under and step over a couple of these rather terrifying palms that were blocking our path. The black spines are difficult to see by flashlight, but thankfully nobody got stabbed by one.

Many vines have elegantly coiled single tendrils, but during our night hike in the jungle, I discovered a vine tendril with a twinned tip. 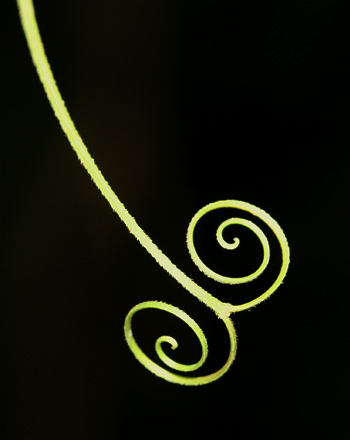 A Monkey Ladder (Bauhinia species) is a type of woody climber known as a liana. 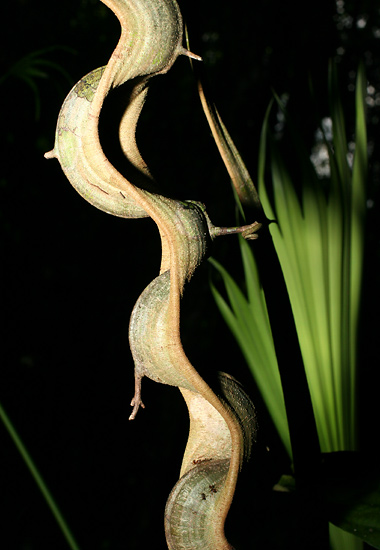 A liana uses a tree to quickly climb up to the forest canopy to reach the sunlight. Once in the canopy, a liana spreads from tree to tree, forming bridges that are used by arboreal animals like monkeys. Monkey Ladders are found in wet, lowland forests on large, older trees.

I'm pretty snoopy and love to look inside of seed pods, but when I opened this seed pod, I got a bizarre surprise, several of the largest ants I've ever seen tumbled out over my hands. 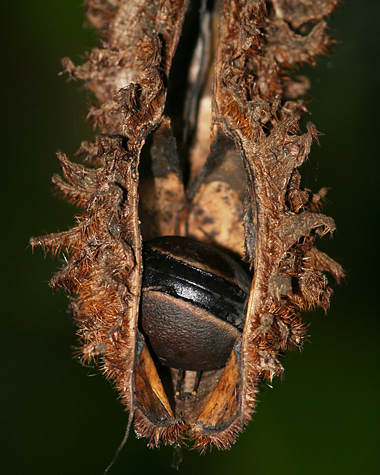 I shrieked and the monstrous ants disappeared into the leaf litter before I could photograph them. I don't know what plant the seed belongs to, and I wasn't brave enough to open any more seed pods after the ant experience!