As night falls in the Costa Rican jungle, Chunk-headed Snakes (Imantodes cenchoa) can be found crawling with delicate adeptness over leaves and slender branches, hoping to find an anole sleeping on a leaf. 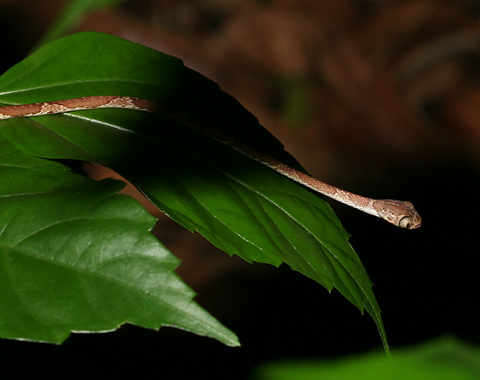 These slender-bodied snakes are so light and careful that they don't shake the stems and wake the sleeping lizards. 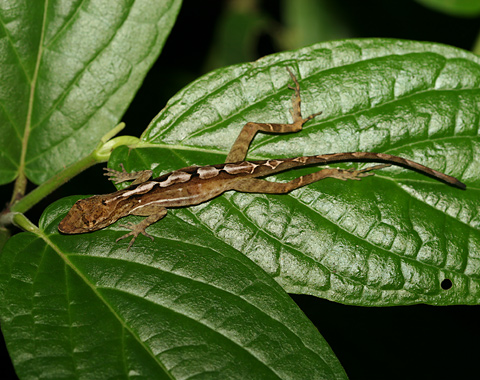 Fortunately for this slumbering anole above, it was a safe distance from the prowling Chunk-headed Snake. 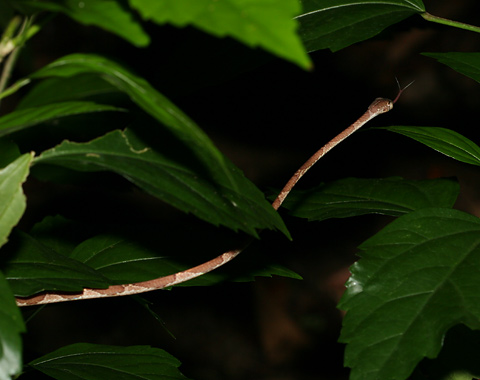 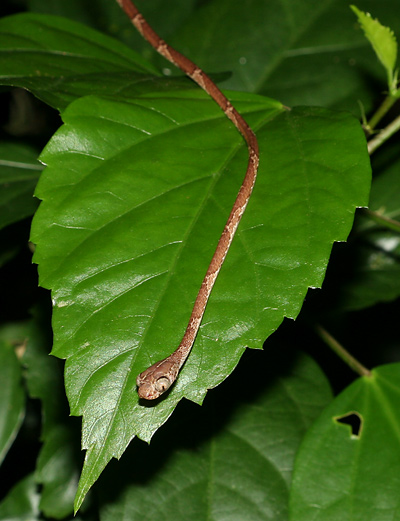 Chunk-headed Snakes have a blunt snout, bulging, golden eyes with vertically elliptical pupils like a cat, a series of dark brown, saddle-shaped blotches on their back, and a head that is two to three times as wide as their slender body. These rather calm and gentle snakes do possess weak venom in their rear fangs, but they only use it on their prey and not on humans.