Scarlet Macaws (Ara macao) were by far the most colorful birds I saw during my trip to Costa Rica. These dazzling red, blue and yellow parrots are also known as Guacamayo Rojo in Spanish. 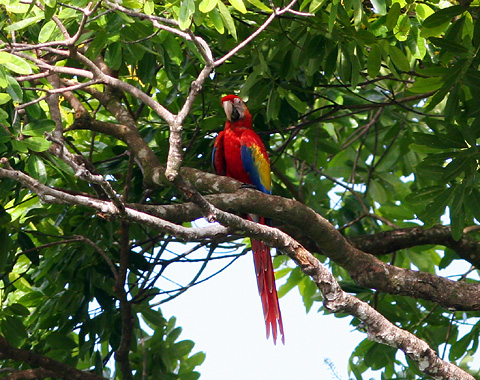 I was never able to get very close to these large, raucous parrots because they were completely wild and always perched in trees high in the jungle canopy, but fortunately, one of this Scarlet Macaw's favorite perches was in a golden-flowered tree at the edge of the jungle across a steep ravine from Las Caletas Lodge where I was staying. 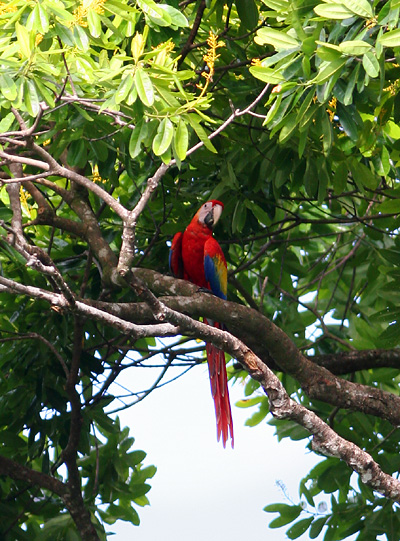 Every day I would see and hear a flock of three to five Scarlet Macaws flying overhead as they headed off in their search for food. Scarlet Macaws mainly feed on fruits and nuts, along with some clay to aid in the digestion of irritating plant toxins.

Scarlet Macaws are found in the lowland tropical rainforests of Mexico, Central America, and South America. Unfortunately, their numbers in the wild have been reduced because of their collection for the pet trade, but they can still be commonly seen in the wild in the lowland jungles of Costa Rica.