Normally, Spreading Fleabanes (Erigeron divergens) are common spring wildflowers here in Tucson, but because of our winter drought of 2005/2006, very few of them bloomed in the spring of 2006. I discovered these Spreading Fleabanes blooming in a Tucson drainage ditch, a location where they were able to get sufficient water. 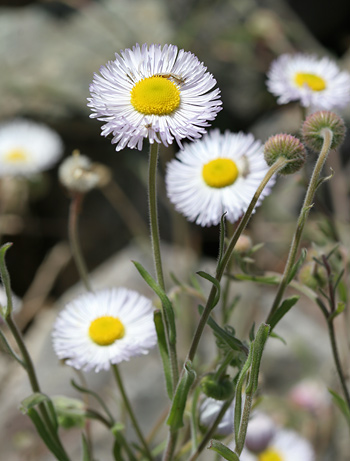 Perhaps because of the scarcity of these flowers and the resulting greater demand for each flower, almost every Spreading Fleabane flower had two or more of these tiny unidentified insects perched on the narrow, layered petals. 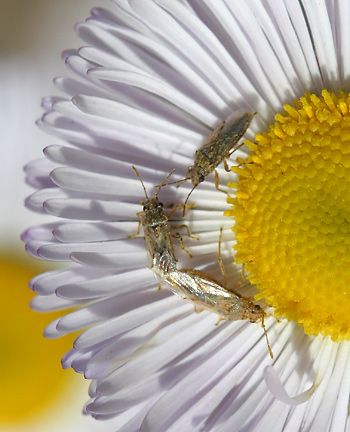 I have no idea what sort of insects these were, but they seemed to only be on the Spreading Fleabane flowers, where they were all busily mating or prowling around looking for mates. Each daisy had its own mating party, often with several unattached insects hanging about observing the mating pairs.