A couple of years ago, in early April, two dogs and one of their owners (all are friends of mine) encountered a Mountain Lion in their own driveway here in Tucson. One of the dogs, a black dog named Dakota, was attacked by the Mountain Lion (Puma Concolor). 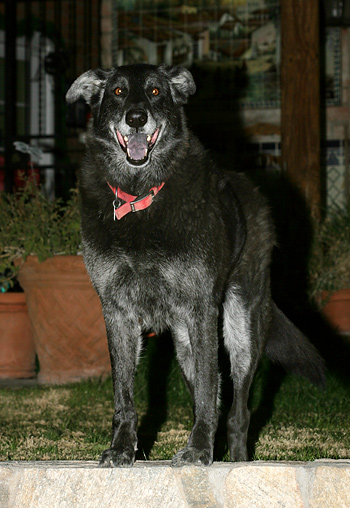 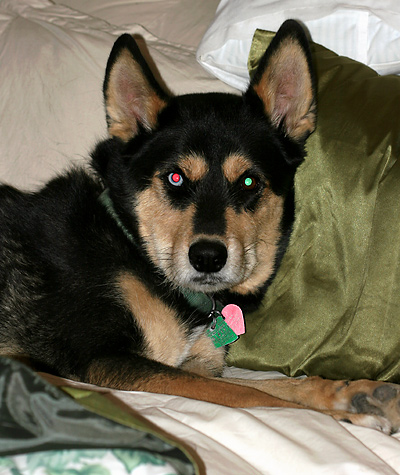 The brave Khumba has odd-colored eyes, which isn't uncommon in a husky. His brown eye reflects green, and his blue eye reflects red. 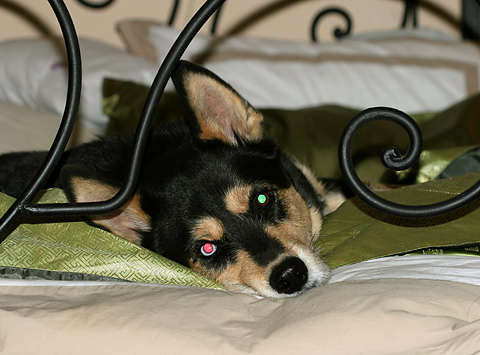 Both of these dogs are adorable, but Khumba in particular is also unusually photogenic, and I find his bicolored eye shine quite fascinating.