The origin of the common simile "busy as a bee" is thought to be Chaucer's Canterbury Tales, written in the late 1380s until his death in 1400.

"Ey! Goddes mercy!" seyde oure Hooste tho,
"Now swich a wyf I pray God kepe me fro!
Lo, whiche sleightes and subtilitees
In wommen been! for ay as bisy as bees
Been they, us sely men for to deceyve,
And from the soothe evere wol they weyve;
By this marchauntes tale it preveth weel.

The above is in barely comprehensible Middle English, so here it is below in modern English:

Eh! By God's mercy!" cried our host. Said he:
"Now such a wife I pray God keep from me!
Behold what tricks, and lo, what subtleties
In women are. For always busy as bees
Are they, us simple men thus to deceive,
And from the truth they turn aside and leave;
By this same merchant's tale it's proved, I feel.

This ancient comparison of women to busy bees is actually rather apt since every single worker Honeybee that you see out busily gathering nectar and pollen from flowers is a female. 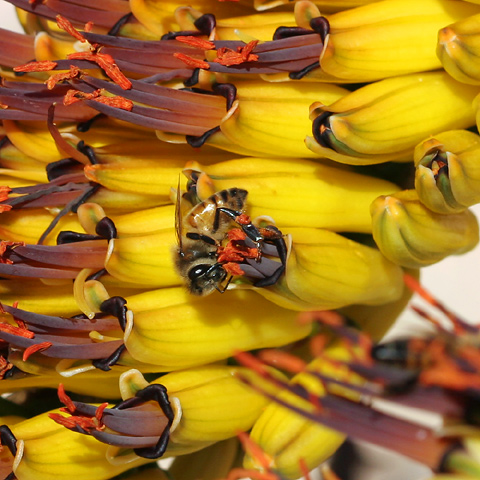