While photographing the Pink Jasmine (Jasminum polyanthum) vines in my front courtyard in early March of 2006, I discovered a large White-lined Sphinx (Hyles lineata) moth hiding amongst the flowers. Even though the early spring nights are still cool, nocturnal insects like these moths have already begun to emerge. 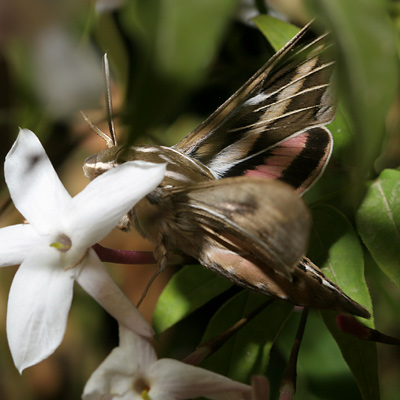 Annoyed at being discovered, the White-lined Sphinx flew off and landed on the back of a concrete turtle for just a moment before disappearing into the night. 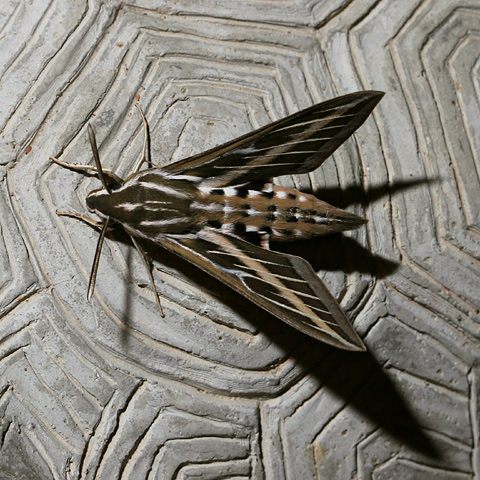 I often see White-lined Sphinx caterpillars, especially during summer and early fall, but glimpses of the hummingbird-like adult moths in flight are usually so fleeting that I'm unable to identify or even photograph them. This particular night was cool, and the White-lined Sphinx was a bit sluggish and somewhat disinclined to fly, which finally allowed me to get a photograph of this very common moth.