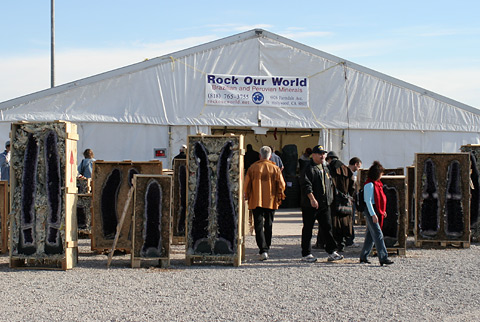 Wholesale and retail rocks, minerals, fossils, jewelry, carvings, gemstones, beads, jewelry supply, and lapidary equipment can all be found at the Gem Show, and shoppers can find some really good deals and unusual items. I don't know who would need a giant Quartz sphere, but they do have them there. 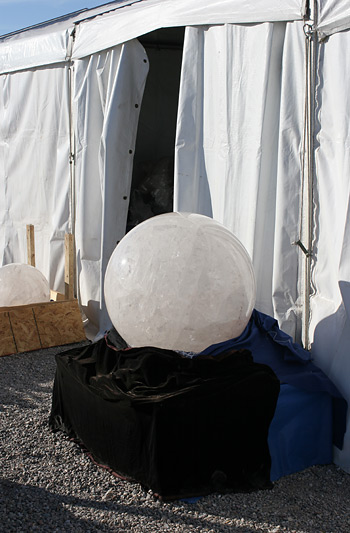 I like to go mainly just to look at all of the interesting and beautiful things. I thought that these Pyrite spheres were lovely. 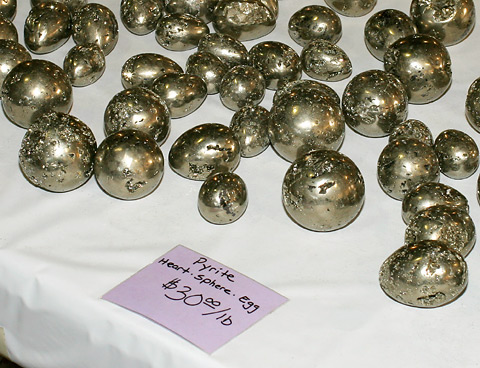 All of the Pyrite (Fool's Gold) that I've ever found is brittle and crumbly, so I'm amazed that they were able to make polished spheres out of it.

A variety of imported crafts and artworks can also be found at the Gem Show, like these unusual wooden frogs. 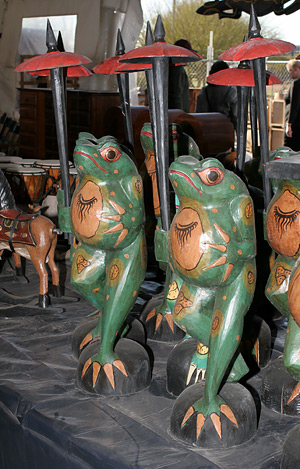 I think that the frogs are holding umbrellas, but their militant expressions make me wonder if this army of frogs is actually holding spears.